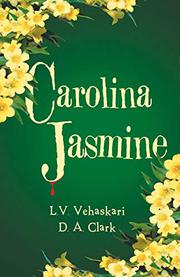 Someone is using exotic poisons to kill a select group of unscrupulous medical malpractice lawyers in this debut thriller.

Robert Edgars is a private eye currently investigating lawyers. His attorney brother, Elliott, asks him to look into several members of the legal profession who sat at the same table during a recent Chicago conference on medical malpractice. They’re an immoral bunch, all involved in politics, who chase malpractice suits more for personal financial gain than their clients’ benefit. As it happens, Oliver Michaels’ seat at the table had been empty after an apparent heart attack, but readers know that someone poisoned him with rare mushrooms. When others from the group subsequently die, Elliott, who may himself be a target, requests that Robert find a link between the allegedly natural deaths. So the PI turns to NOLA Phytoceuticals, a New Orleans lab specializing in plants; Robert had initiated a deal with the lab concerning a natural aphrodisiac in Germany that turned profitable for everyone. He enlists Phytoceuticals, including pharmacist Dr. Mark Warre, and his daughter, Adelaide, in identifying poisons that might have killed the attorneys. Robert, however, has a tendency to withhold pertinent information, and it’s soon apparent others in the lab are harboring a secret or two as well. Though Vehaskari and Clark drop an early hint as to the killer’s identity and motive, there are copious suspects throughout the novel. Robert, for example, has good reason to hate lawyers, as one evidently stole all his retirement investments. The novel has some narrative inconsistencies, such as Adelaide’s twice telling her grandparents’ history to the same person. Characters are strong, however, and sometimes engaged in conversations or subplots not directly tied to the murders. The best of that indirectly related material involves Robert’s scheme for the German aphrodisiac, which entails smuggling and what seems to be a green-card marriage. The authors’ intelligent writing abounds with details, especially about plants. This leads to many scenes consisting primarily of dialogue, which are never tedious even as Mark, Adelaide, and others debate deaths readers already know are homicides.

A smart, science-based murder mystery despite a few stumbles.