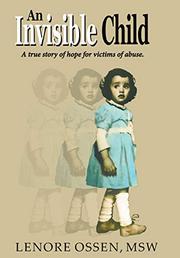 In her debut memoir, Ossen writes about growing up in a deeply dysfunctional household.

The author writes that her mother, Hedda, had a phobia about germs, so she didn’t allow anyone to touch Ossen when she was a child for fear of infection—not even her father, George. Ossen also wasn’t allowed to talk to strangers, go to school, have friends, or even open the refrigerator by herself when she was hungry. At one point, the author’s uncle, Will, convinced George to have Hedda committed to a psychiatric institution in order to get her some help; Ossen writes that when a psychiatrist told Will that she was “trying to find out why [Hedda] hates her child so much,” Will angrily responded that “her plight is...the very opposite—she loves her child too much!” Will moved Hedda to a sanitorium, Ossen writes, from which George engineered her release. The author’s first demands for independence, at age 13, illustrate the control that her mother exercised over her; the teen told Hedda that she no longer wanted her to “check my bowel movements,” and, for the first time, she disobeyed a standing order to avoid a public mailbox. As an adult, Ossen was wracked with fear and self-doubt, but she still married and went to college. By her mid-40s, she obtained a master’s degree in social work, and established herself as a professional therapist. Overall, Ossen tells an intensely personal story over the course of this lengthy book—one that’s a testament to her impressive drive to survive and find personal fulfillment in her daily life. Readers may sometimes express horror at the routine emotional cruelties that Ossen describes in these pages, as when her father happily ate an ice cream cone in front of her, when her own mother wouldn’t ever allow her to have the dessert. However, the author’s repeated use of similar phrases to articulate her feelings (“I couldn’t speak. I couldn’t think. I couldn’t hear anything”) sometimes has the effect of lessening the book’s emotional impact.

An often heartrending story of abuse and recovery.