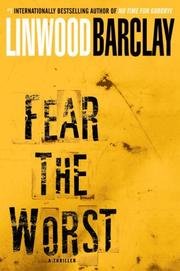 A daughter’s mysterious disappearance thrusts her father into the world of violence and deception that lurks just below the surface of his nondescript Connecticut suburb.

Okay, so maybe the Blakes’ family life hasn’t always been perfect. Tim sells cars for a living and is pretty good at it, but his disastrous attempt at running his own dealership led to a divorce from Susanne. Still, their daughter Sydney seems happy enough while spending the summer with her father, hanging out with friends and working part-time at a local motel. So when Syd fails to appear for dinner one night after getting into a small fight with Tim, everyone assumes she’s just left for a bit to cool off. But when time passes and she still hasn’t returned, her father starts digging around, only to discover that the folks at the motel where Syd worked claim never to have heard of her. Soon a bewildered Tim finds himself in over his head, in trouble with cops and criminals alike. Tim is perfect as the regular schmo who suddenly finds himself thrust into a subterranean world of crime and intrigue, discovering his dark side as events force his hand. But the author occasionally succumbs to a tempo-wrecking focus on unnecessary detail. Scenes involving cars in particular tend to read like something out of a Honda brochure, as Tim rattles off long lists of features. (When a kidnapper speeds off with him as a hostage, he grabs in panic “the brushed-aluminum passenger door handle.”) Other than that, though, the timing is just right, and most readers will find themselves desperate to finish just one more page before putting the book down.

Barclay (No Time for Goodbye, 2007, etc.) has written a page-turning thriller that’s intense, compelling and, for the most part, expertly paced.

THE TWENTY-THREE
by Linwood Barclay
Fiction

A TAP ON THE WINDOW
by Linwood Barclay
Fiction

TRUST YOUR EYES
by Linwood Barclay