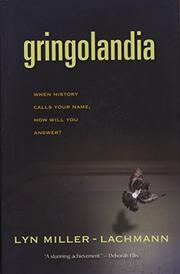 Two adolescents, Daniel Aguilar, a high-school student and rock singer, and his girlfriend, Courtney Larkin, a young, passionate writer, recount through separate narration the painful recovery of Chilean Marcelo Aguilar, Daniel’s father, tortured under Pinochet’s dictatorship in the 1980s. Both of them will travel with Marcelo through the horrifying memories of his five years of imprisonment as he struggles, physically and mentally and with very limited success, to adjust to his new home, a small apartment in Madison, Wis., and to his now-unknown bilingual and bicultural family. His wife Vicky, a graduate student, sells empanadas to make extra money, while Tina, his brilliant 12-year-old daughter, has her own troubles. How, through Marcelo, Daniel discovers the Chilean that still lives inside him, and how Courtney, “la gringa,” teaches Marcelo that the land of gringos is not only the home of those who supported the military coup in his country in 1973 but also a land of human-rights lovers make for riveting reading. This poignant, often surprising and essential novel illuminates too-often ignored political aspects of many South Americans’ migration to the United States. (Historical fiction. YA)

THE PRESIDENT OF THE JUNGLE
by André Rodrigues
Children

THE QUEEN OF THE FROGS
by Davide Cali
Children

THE FACE OF AMERICA
by Peter Brosius
Newsletter sign-up