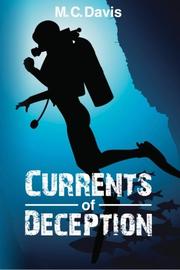 A brisk, drug-filled page-turner jets from the Pacific Northwest to various hot spots abroad, leaving a trail of bodies—and questions—in its wake.

Aficionados of suspense will savor Davis’ rich debut. Commencing, as most mystery tales do, with a corpse and a quest to discover how and why it got there—in this case, the nude body of an affluent, troubled young woman posed in an otherwise-immaculate, upscale cabin near Seattle—the bulk of the novel follows the investigation of a vast cocaine distribution network in the region. At the behest of Phil Monroe, deputy district attorney of King County, undercover agent Hunter poses as “Kaitlin Reynolds,” a marine biology student at the University of Washington, to infiltrate the network, which seems to include Monroe’s younger sister, Sadie (the corpse in the novel’s prologue). The petite, ruthless Hunter is joined by Graham McKenzie, a freelance agent with his own agenda and complex connections to various international intel organizations. Kaitlin and Graham delve into the murky depths of the drug ring, dredging up all kinds of info on Sadie, Phil and their bigwig father—the governor of Washington state—as well as Sadie’s gorgeous beau, Taylor Grant, part of the drug ring. Kaitlin’s delightfully ambiguous handler, Max, makes memorable appearances, as do heavies from both the international cartel and other players (the feds, MI6, the FBI and Interpol, etc.) who have a stake in the proceedings. Kaitlin’s slippery persona shifts with alarming ease as her own intriguing story unfolds in Dallas, London, Dublin and ultimately Tahiti. Early on, one character observes that secrets are always the breaking point of life; in this stylish, brutal tale, everyone has secrets, and many would kill to keep them hidden—including Hunter/Kaitlin—or whoever she really is. Though the novel’s setting and pervading air of corruption recall AMC’s TV miniseries The Killing, its pacing is quicker and its payoff much more satisfying.

An excellent start to what might prove to be a rewarding new thriller series.