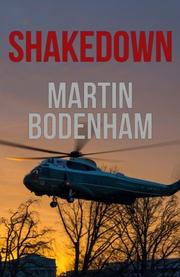 A high-finance, high-stakes thriller pulsing with energy and tension.

The U.S. is in a financial crisis—China owns 90 percent of U.S. Treasury bills and suddenly won’t buy any more, meaning the U.S. will default on its debt within months. The country is “on the brink of financial disaster,” and President Brad Halley orders his treasury secretary to sell off “all government-owned assets. Nothing is sacred.” Meanwhile, Damon Traynor owns the private equity firm Carada Capital Partners and is one of the country’s “Most Powerful African Americans.” CCP is invited to bid to purchase SLIDA, the “strategic laser infrastructure for the defense of America” and an impenetrable shield against missile attack. “In terms of absolute profit,” Traynor says, “this was the sweetest deal I’d seen in my career.” But to proceed he needs to convince Frank Marcuri, a skeptical investor, who says no. Then Marcuri’s helicopter explodes over Boston Harbor, and his objection no longer matters. After CCP wins the bid for the low, low price of $25 billion, the fired head of technical development at SLIDA tells Traynor the supposedly perfect system doesn’t work. And Traynor is puzzled to learn CCP was the only bidder. While a government official warns Traynor to stop asking whether SLIDA works, people around him die at an alarming rate. Given that Traynor narrates, it’s no spoiler to say that he lives, but no one else is safe. It’s not hard to foresee who the villains are when the president declares “Sometimes leadership means doing the unthinkable for the greater good.” Bodenham (The Geneva Connection, 2014, etc.), a former private equity fund manager himself, clearly knows his terrain. He covers it so well that readers may not stop to question the plausibility of selling off such a defense system for an amount that wouldn’t come close to curing the national debt.

Though the outcome is predictable, the storytelling is great. Thriller fans will enjoy this one.

STING OF THE DRONE
by Richard A. Clarke
Fiction