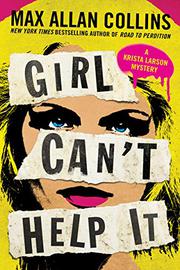 The reunion of Hot Rod and the Pistons on the occasion of their induction into the Iowa Rock ’n’ Roll Hall of Fame is blighted by a woman who seems determined to reduce their numbers to the vanishing point.

Back in the 1980s, lots of band members did lots of foolish things, some of them immoral and downright vicious. At least one member of the Pistons, lead guitarist Rick Jonsen, did something so terrible to one female groupie nicknamed Angel Baby that when she finds out after the reunion concert that it was captured on videotape, she feeds Rick a fatal dose of succinylcholine and grabs the tape. A year later, back in the band’s hometown of Galena, Illinois, rhythm guitarist Danny Davies indicates that he shot the offending video, and minutes after he makes a thinly disguised blackmail pitch, he meets the same fate, this time disguised to look like a suicide. Since the two deaths took place so far apart in time and space, no one suspects anything except for Galena Police Chief Krista Larson (Girl Most Likely, 2017), who goes so far as to engage her father, retired Dubuque homicide detective Keith Larson, as a consultant. As if in response to her suspicions, another party emerges to attempt blackmail on such remarkably similar terms that you’d think the would-be extortionists had been issued the same instruction manual—one that must have been seriously defective, since this one ends up equally dead. Faced with the very real possibility that Rodney Penniston and the rest of the Pistons will soon be no more than a memory, Krista and her dad hunker down and manage to stop Angel Baby seconds before another homicidal act on an even grander scale.

The primacy of music over mystery makes this one mainly for rockabilly fans.

DO NO HARM
by Max Allan Collins
Mystery

SCARFACE AND THE UNTOUCHABLE
by Max Allan Collins
Mystery

QUARRY IN THE BLACK
by Max Allan Collins
Newsletter sign-up