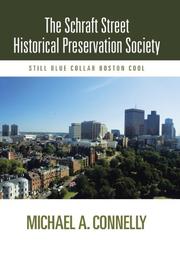 Connelly’s (Blue Collar Boston Cool, 2012) second installment in the series once again ventures into the seedier—but lovable—side of Boston.

Jim Herlihy has lived on Schraft Street all his life, counting its occasionally troubled, gruff residents as family, its bars and restaurants as home. The owner of a barely profitable gym and a sports bar, he cares for the misfits and cons, criminals and malcontents, serving as a pillar of strength in the struggling community. But Jim has a new girlfriend—young, successful attorney Janice Cochrane—who wants Jim to move into her upper-class downtown apartment and sell all the properties he owns on Schraft Street, including his beloved bar. Jim’s naturally hesitant, unsure if he should sell what he’s worked so hard to achieve. But when someone mugs and savagely beats local beloved character Little Lloyd Dolson, Jim recommits himself to his neighborhood, teaming up with patrons of his gym to form a vigilante group that aims to keep the neighborhood safe. Like its predecessor, this novel exudes blue-collar charm, hosting a cast of defined characters with some entertaining names (The Walrus, Mountain Bill) and a neighborhood instantly recognizable to anyone who grew up in a lower-middle-class urban environment. Connelly’s plot feels more developed in this second outing with these characters, giving readers an emotionally resonant story that follows regular citizens who want to improve their community but face difficulties they couldn’t imagine. Inauthentic sounding dialogue and unnecessary details, however, sometimes ding a rich, sound tale.

A solid crime novel, which, while flawed, may delight readers with its entertaining premise and real sense of place.