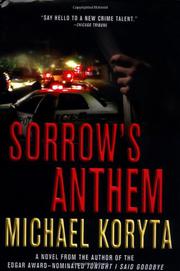 You can’t go home again. Or can you?

Cleveland’s Clark Avenue—where private eye Lincoln Perry, ex-con Ed Gradduk and Scott Draper, owner of his family’s bar, The Hideaway, grew up as best pals—is under fire. The torch, caught on surveillance tape, is Ed, who presumably killed Anita Sentalar, head of the National Alliance rebuilding project, before he burned down a house under construction. Lincoln, refusing to believe it, tracks down Ed after eight years. They barely speak before the suspect is run over, maybe accidentally, by Padgett and Rabold, the cops chasing him. Against the better judgment of his shamus partner Joe Pritchard (Tonight I Said Goodbye, 2004), Lincoln delves into Ed’s immediate past, which has also attracted the interest of local cop Cal Richards and the Feds. Central to their investigations are area gangster Jimmy Cancerno and missing day-laborer Mitch Corbett, who worked with Ed on Cancerno’s buildings. Before he’s found with the help of Lincoln’s reporter pal Amy and Pritchard’s cop contacts, there’ll be more Clark Street conflagrations, more death and two new versions of a 20-year-old story of terror and intimidation. It’ll take Lincoln’s heroics to save both Draper and Pritchard before the neighborhood quiets down and Lincoln can come to terms with his own past.

Nicely told, with the requisite genre beatings and gunplay reserved for the end and the equally requisite angst, this time over past misdeeds, front and center.

THE PROPHET
by Michael Koryta
Fiction

Michael Koryta
author of THOSE WHO WISH ME DEAD

Young writer Michael Koryta is already a master of suspense. He tells Kirkus TV how he keeps readers guessing in his new thriller, Those Who Wish Me Dead. View video >

IF SHE WAKES
by Michael Koryta
Fiction

HOW IT HAPPENED
by Michael Koryta
Fiction

THOSE WHO WISH ME DEAD
by Michael Koryta
Fiction