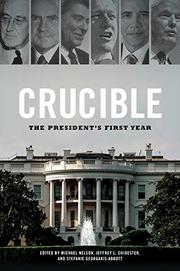 An assemblage of economists, political scientists, and kindred policy wonks offer advice and observations to guide the sitting president.

In the view of at least a couple of contributors to this manifold volume, which contains views from across the political spectrum, Donald Trump seems likely to be placed in the same category as Jimmy Carter and Franklin Pierce, both of whom found themselves at the ends of long traditions (the New Deal, Jacksonian democracy). Thus, writes Stephen Skowronek (Yale Univ.), Trump reflects a kind of big-state conservatism, and even if he “crafted a sui generis political brand,” the political time “looks less like a reconstructive moment than a late, shaky, conflicted reinstallment of the conservative regime,” one in which the opportunities for meaningful leadership will be few and the possibilities of “politically disastrous disjunction” many. One large challenge will be navigating the difficulties of the bureaucracy while communicating to the electorate what the administration’s policy positions mean and how they square with the officeholder’s vision—again, a difficulty, given that, as lead editor Nelson (Rhodes Coll.) writes, “Trump had been elected mostly by harshly attacking the opposition, not by offering a positive program for governing.” Given both his lack of political experience and of business experience involving answering to shareholders or directors, the chances of that successful navigation also seem small, placing his first year as president in a “precarious political status.” That much seems true, since we’re able to gauge how that first year has gone—certainly very unlike that of, say, Eisenhower, whose first year was spent in carefully and consciously “developing and implementing a strategy for success” that would pay off later in the term. If “truly deft,” concludes the renowned historian Alan Taylor, new presidents henceforth “will cling to an aura of moderation while securing legislation to deliver on their political philosophy.”

A useful compendium of tips if the sitting president had any interest in learning them, but otherwise of interest to students of governance and public policy.

A CONSERVATIVE'S TREATISE ON AMERICAN GOVERNMENT
by Eric Hines
Nonfiction

DEMOCRACY IN AMERICA?
by Benjamin I. Page
Nonfiction