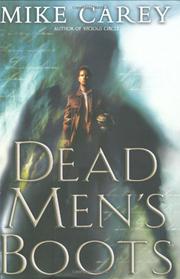 London-based exorcist Felix (Fix) Castor drops into the middle of a riddle involving a deceased colleague with strange habits, a bizarre killing and legendary gangsters.

Fellow exorcist John Gittings died by his own hand, locked in the bathroom with a shotgun. Although not anxious to wade into messy post-life situations created by Gittings’ suicide, Fix feels guilty about ignoring phone calls asking for his help on a big new job. So he agrees to help Gittings’ wife soothe his erstwhile colleague’s restless ghost. This promise from the witty, sardonic, timeworn veteran of otherworldly battles between the living and dead leads to the usual results. All hell breaks loose. In fact, all hell pretty much shows up. Fix soon crosses paths with the wife of a man accused of murder; sure that he’s innocent, she hires Fix to find the real killer. One problem: The slayer is a Chicago-based female serial killer put to death several decades earlier. When Fix starts connecting the dots, he’s sidetracked by personal relationships. His friend Rafi, possessed by a demon, might be shipped off for some medical research that’s less than friendly; his zombie buddy Nick wants him to take a hike; and Juliet, the succulent succubus-turned-exorcist, has conflicting views about one of Fix’s cases. Readers expect Fix’s adventures (Vicious Circle, 2008, etc.) to be peppered with bons mots, lots of creatures of the formerly alive kind and tsunamis of action, and this new outing won’t disappoint. Carey’s prose leaves the reader breathless, but that’s the kind of ride he usually provides. His 3-D extravaganza engages all the senses, then deftly holds the punch line until dead last.

Readers seeking a leisurely summer read won’t find it in this irresistible tale, which will have them staying up much too late for the pleasure of “just one more chapter” before dousing the lights.

THE DEVIL YOU KNOW
by Mike Carey