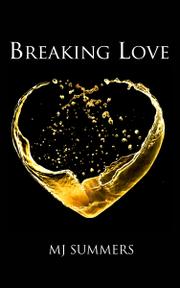 In the second book in Summers’ (Break in Two, 2013) romance series, worlds and hearts collide when a single mother from Colorado meets a wealthy Parisian playboy.

Safely ensconced in his Paris penthouse, Luc Chevelier has a thriving business career and love-’em-and-leave-’em womanizing ways that provide him with an uncomplicated life. In Boulder, Colorado, up-and-coming wedding photographer Megan Sullivan has been raising her 6-year-old son, Elliott, on her own for the past five years, after her ex-husband chose his drug addiction over his family. Despite prodding from her mom and best friend, Megan refuses to enter the dating world, convinced that she already has all she needs for the perfect life. When Megan takes a trip to Paris and meets Luc, sparks fly, but both have guarded natures and fears of heartbreak. However, after an agreeable night of passion, they realize that despite their initial intentions, their lives will never be the same again. Following a tried-and-true formula, Summers brings forth two more cautious people navigating the choppy waters of love. Although the concept and plot are slightly predictable, the story moves forward at a pleasing pace that’s quite engaging. Summers particularly does a great job of handling sex scenes, keeping them steamy yet respectably plausible (“Luc slid his hand up her shirt to her breasts. He let his fingertips graze the outline of her lacy bra, feeling goosebumps form on her flesh as he touched her”). The main characters’ coupling seems like a long shot, but it’s one that die-hard romance fans will expect. Overall, Summers renders the two main characters in a believable and often relatable manner. Megan, for example, initially comes off as a no-nonsense mom type, but she soon drops her reservations and inhibitions to unleash the desirable woman inside. Although plots twists involving miscommunication, bad timing and devious third-party machinations may sometimes be frustrating, they’re not unexpected, and they lead to a satisfying conclusion.

A fun, often humorous, escapist tale that will have readers blushing, laughing and rooting for its characters.

THE NIGHT BELONGS TO FIREMAN
by Jennifer Bernard
Fiction