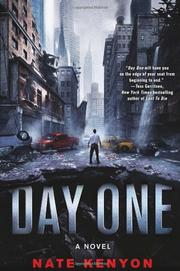 Malevolent computer intelligence aims to take down humanity in this apocalyptic thriller set in New York City, from the author of Diablo III: The Order (2012, etc.).

Former hacker John Hawke’s career as a reporter is going nowhere, and he’s pinning his hopes on getting a big story from Jim Weller of Manhattan Internet security firm Conn.ect, Inc. Suddenly, however, computer systems everywhere go down; bank accounts empty, the stock market crashes; millions die as bridges and tunnels collapse, cars try to kill their occupants, trains derail, power plants explode, buildings lock themselves. What’s going on? Weller admits that his former company, Eclipse, ripped him off by stealing his project for developing an artificial intelligence, and it seems as though the AI has completed its own programming and broken out—with hostile intent. And pretty soon, it’s clear that the cops have been instructed to shoot Weller and anyone associated with him on sight. Kenyon maintains the tension and excitement competently enough as Hawke battles to return to Hoboken, where his developmentally challenged child and pregnant wife are threatened by a psycho neighbor, but don’t expect the plot to do much else. Before reaching this point, however, Kenyon lays the foreboding on with a trowel and reiterates ad nauseam in flashback/anxiety attacks just how much Hawke loves his wife and son, and he won’t endear himself to New Yorkers by describing a Hoboken-to-Manhattan PATH ride in which he gets details wrong.

Occasionally thrilling but not very credible and full of blunders.