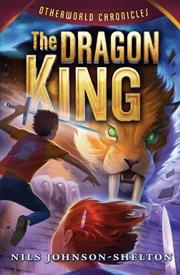 In the conclusion to the three-volume Otherworld Chronicles, King Artie Kingfisher and his New Knights of the Round Table fight Merlin to control the fate of the world.

In a frenetic, action-packed tale, Artie is King Arthur Pendragon the Second, the medieval King Arthur’s latter-day genetic sibling, poised to battle Merlin. The adventure opens on the legendary island of Avalon. Merlin is plotting an attack to punish Morgaine for imprisoning him, but he can’t go to Avalon without being invited by Artie, which Artie is not about to do since Merlin has gone over to the dark side. “Very Darth Vader. Creepy,” as Artie says. Besides, Merlin wants to kill Artie, but if he does, he’ll never get to Avalon. Whew! So much going on, including witches and wizards, dragons, giant prehistoric creatures, Excalibur, the Holy Grail, purple knights, battle-filled days and one of the most memorable creatures in recent fantasy literature—a 60-foot-long Questing Beast, created, with 100 Questling accomplices, to battle Artie’s loyal dragons. Battle scenes are well-drawn, and there are enough of them to keep readers flipping the pages all the way to the series’ rewarding end.

THE CALLING
by James Frey
Children

THE INVISIBLE TOWER
by Nils Johnson-Shelton

RISE OF THE WOLF
by Curtis Jobling
Children

THE LOST YEARS OF MERLIN
by T.A. Barron
Newsletter sign-up