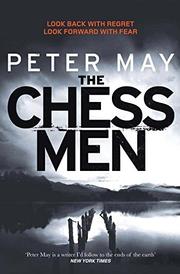 Back on Lewis Island, the quiet Hebrides outpost where he was born (The Lewis Man, 2013, etc.), murder keeps stalking Fin McLeod, late of the Edinburgh CID—this time accompanied by harrowing revelations about his own early years.

Emerging from a shelter where they’ve taken refuge from a passing storm, Fin and his childhood friend Whistler Macaskill realize that a bog burst has drained a nearby loch far enough to reveal the wreckage of a small airplane. From the insignia, they recognize the plane flown by their old friend Roddy Mackenzie, who disappeared 17 years ago. An ill-advised look into the plane’s cabin tells Fin that Roddy’s finally come home. The revelation of his death opens fresh wounds for the members of Amran, the band he’d played for, especially for singer Mairead Morrison, whose lovely image had been the symbol of its runaway success. The discovery means that Fin will have little time to do the job his old friend Kenny John Maclean has hired him for—rid the Red River Estate, which Kenny manages for the Wooldridge family, of the poachers who’ve overrun it—and even less to testify on behalf of the Rev. Donald Murray, the father of Fin’s newly discovered son Fionnlagh’s girlfriend, Donna, and the other grandfather to Donna’s baby, Eilidh. Church elders, unhappy that Donald stalked and shot the gangsters about to execute his wife and daughter, plan to remove him from the ministry of the Crobost Free Church. If only they knew how many other locals were walking around burdened by sins all the heavier for remaining hidden.

May’s poetic descriptions in this final installment of his Lewis trilogy alternate with the loutish behavior of the characters, who are constantly slapping, slugging and coshing each other. The mystery—really, the mysteries—are untidy, but the atmosphere is altogether magical.

MORE BY PETER MAY

I'LL KEEP YOU SAFE
by Peter May
Mystery

CAST IRON
by Peter May
Fiction

COFFIN ROAD
by Peter May
Mystery

ENTRY ISLAND
by Peter May
Mystery

THE LEWIS MAN
by Peter May
Mystery

BLOWBACK
by Peter May

INTERVIEW WITH PETER MAY

Journeys course through and about Peter May’s The Chessmen the way the Atlantic Ocean churns about the Isle of Lewis, the outermost island among Scotland’s Outer Hebrides, where this thriller takes place. The bookconcludes a trilogy that begins when ex-Edinburgh detective Fin Macleod travels to the isle, his boyhood home ...

HOLY TERROR IN THE HEBRIDES
by Jeanne M. Dams
Fiction

COFFIN ROAD
by Peter May
Fiction

A COLD DAY IN PARADISE
by Steve Hamilton
Newsletter sign-up