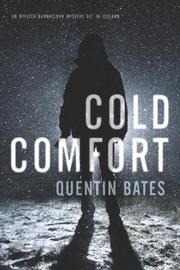 When Long Ómar Magnússon, convicted of murder a decade ago, breaks out of his minimum-security prison less than a year before he’s eligible for parole, everyone in Reykjavík’s Serious Crimes Unit—Sgt. Gunnhildur Gísladóttir, Officer Helgi Svavarsson and Officer Eiríkur Thór Jónsson—wonders why he’s suddenly in such a hurry to taste freedom. But everyone’s sure exactly what his plans are, and everyone’s right. Within hours, it seems, Omni has beaten Skari Óskarsson to a pulp and forced feeble-minded Kristbjörn Hrafnsson, aka Daft Diddi, to walk into a bank and rob it at knifepoint. But did Omni also kill his old lover Svana Geirs, a former TV fitness guru famous for being famous—or was she murdered by someone whose public profile was as prominent as her own? Gunna’s suspicions focus on a pair of dodgy financiers, a high-flying accountant and a new MP, all of whom have banded together to form a uniquely distinctive syndicate. The puncturing of the Icelandic economic bubble, however, has left Reykjavík awash in suspects who feel baffled, hurting and entitled to revenge, from Svana’s impetuous kid brother Högni Sigurgeirsson to ruined plumber Jón Jóhannsson. As more felonies surface, Gunna and her dogged colleagues make the rounds questioning the usual suspects and getting the usual lies. Even as the clock ticks down to the final pages, you have to wonder if they’re ever going to get to the bottom of this cesspool.

More routine than Gunna’s debut (Frozen Assets, 2011), but still required reading for anyone who wants a sense of how calamitous Iceland’s meltdown was—and what just might be in store for American police procedurals next.

WHERE THE SHADOWS LIE
by Michael Ridpath
Fiction

Land of Love and Ruins
by Oddny Eir
Newsletter sign-up