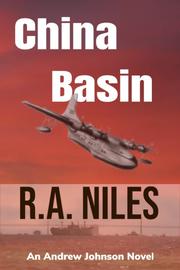 A Crime Novel
by R.A. Niles
GET WEEKLY BOOK RECOMMENDATIONS:

A pair of grisly murders initially looks like the result of warring drug cartels, but the implications turn out be much wider and darker in this sequel set in 1950s San Francisco.

When Carlo Steffano’s corpse is fished out of the bay, Inspector Andrew Johnson, a homicide detective in the San Francisco Police Department, doesn’t shed any tears. Steffano was a mob lawyer and “a vortex of corruption, dirty money and underworld scum—a bottom feeder of easy money.” Still, Johnson’s professional curiosity is piqued—who would want to kill him along the docks of the China Basin and why? To muddy already blood-drenched waters, another victim is found in the trunk of a nearby car—the body of Hector Arroyo, a well-known “heroin wholesaler” running drugs into the country from Mexico. Because the mob and the Mexicans are savage competitors, these dual deaths are intriguing. Johnson and his partner, Charles Camozzi, can’t turn to the feds for help, as the FBI is only interested in combating Communism and is happy to see black and Mexican people addled by drugs. All clues seem to lead to Xiang Lao, the brutal head of a Chinese gang known for drug and human trafficking, whose illegal activities may be protected by the United States government if he uses a portion of those profits to fund anti-Communist insurgencies in South Asia.

Niles (A Layer of Darkness, 2014), in this second installment of the Andrew Johnson series, artfully portrays a nihilistic underworld of drugs and prostitution so ungodly it seems bottomless: “How did they fall into lives in the darkest part of society? Where were all the picket fences and happy families free from the threat of fascism, communism, voodooism and zombies. It would always be something.” At the heart of the tale is a grippingly complex protagonist: Johnson grew up on the mean streets of the South Side of Chicago. When he was 5 years old, he witnessed his junkie father get gunned down. A bookish detective who dislikes cops, he walks a fine line, delicately drawn by the author, between compassion and disgusted indifference: “Victims don’t normally bother me, that doesn’t mean I don’t think of them as people. In fact, it’s who they were that is usually the most important part in solving their murder, but it’s a tool more than a sentiment.” The context of the murders—the nation’s preoccupation with the Cold War—is unfurled provocatively, fueled by a volatile mix of idealism and opportunistic cynicism. The prose and tone of the novel are evocative of a long pedigree of realistic detective fiction, but it delivers more than the genre traditionally promises: a thoughtful exploration of how the thin line that separates good and evil is so easily blurred. This fine work can be fully appreciated without any knowledge of its predecessor in the series.

A thrilling tale of crime and political intrigue, as intellectually astute as it’s dramatically exciting.