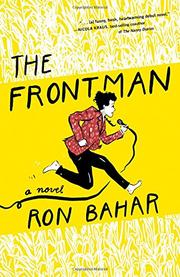 Set to the soundtrack of 1980s music, this tale follows an awkward teenager coming of age while finding love and redemption in the Midwest.

Bahar’s debut novel is autobiographical down to the characters’ names. His fictional Ron Bahar is the quintessential outsider: a half-Israeli, half-Indian living in Lincoln, Nebraska. The only Jew in his high school class, he feels terminally self-conscious, suffers from irritable bowel syndrome, falls hopelessly in love with a gentile girl (against his parents’ dictates), and constantly lives in the shadow of much cooler friends like Tommy: “How…is it fair that tonight, he stars in a high-school football game, drinks like a fish at a post-game party, gets an escort in his chariot, and spends the night alone at home with Ms. Bodacious?” Naturally, Ron is also an A student dedicated to achieving his parents’ dream for him: to become a doctor. Bahar wields biting humor like a sword, skewering everything from the trials and tribulations of growing up to rock ’n’ roll and the expectations of parents and peers. He deftly uses pop culture as a metaphor for his namesake’s life in the form of song lyrics and references to television and radio. Ron’s love life consists largely of a platonic relationship with an insecure girl and a series of wrong moves at the worst possible times—both with her and other women. But amid the unrelenting teenage angst that seems to define Ron’s existence while providing readers with endless, albeit empathetic, laughter, this protagonist has a secret weapon: his voice. While his parents would prefer he only use this talent singing in temple, Ron displays a passion for music and works as a roadie for The Well Endowed, a local band big on the bar mitzvah scene. Things get even more interesting for Ron and his circle when his skill elevates him from a mere musical hanger-on to the titled frontman. Ultimately, the hero of this sharp, witty tale should find a place in every reader’s heart.

A funny, raucous, nostalgic, and emotional journey through the politics of family, young love, peer pressure, and individuality.

A GATE AT THE STAIRS
by Lorrie Moore
Newsletter sign-up