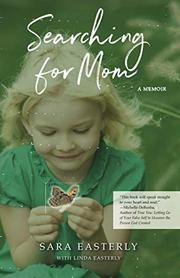 A woman finds God and learns forgiveness as she confronts her contentious relationship with her adoptive mother in this memoir.

As she approached her 40th birthday, publicist and event planner Easterly (Lights, Camera, Action, 2007) was facing the imminent death of her mother. For many years, the author had been trying to come to terms with her feelings of anger toward her parent, and over the past two, their relationship had become especially difficult. Now, she was determined to resolve her conflicting emotions and help her mom negotiate a peaceful, loving passage to the next world. The author was adopted when she was just two days old—“a ‘grey-market adoption’ with shady circumstances,” she writes—and although she knew of her adopted status, she and her mother almost never discussed it. Her mom relied on the conventions of the day, telling her simply that she was specially “chosen.” “But ‘chosen’ was nowhere near what I felt inside,” Easterly writes. “Inside, I felt abandoned, discarded, unimportant.” She did well in school, but was timid and shy, with numerous fears (including a terror of thunderstorms) that her mother would shrug off with humor. As an adult, Easterly began reading the works of Nancy Newton Verrier, “an adoptive mother and psychotherapist focused on separation and loss in adoption.” She was especially taken with Verrier’s theory of the “Primal Wound,” described by that author as “the death of the baby soul….the overall feeling is a betrayal of the universe, of God, of the cosmos, of the infinite being.” Readers may or may not accept the theory that a 2-day-old infant experiences psychological trauma at the time of adoption. However, Easterly’s memoir contains a great deal of valuable information that may be helpful to adoptive parents, and to adoptees who feel a loss of biological connection. Some readers may find that the later sections, in which Easterly shares her two-way conversations with God, stretch credulity, but devoutly religious ones will likely take comfort in her spiritual account.

A complicated but vividly portrayed search for identity.