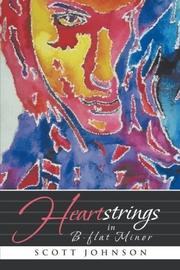 A sociopath’s career of scamming women has a devastating outcome in this psychological drama.

In Johnson’s debut novel, charlatan Sterling Jackson poses as a doctor. Now in his mid-40s, he’s spent more than half of his life financially and romantically deceiving women, all of whom “have been plain suckers in Sterling’s conniving eyes.” His history with Sheryl Taylor, a “head-turning,” 40-something blonde, began in the year 2000 when they worked together at a cosmetics factory the summer before her senior year in college. She lived on Chicago’s wealthy North Shore; he grew up in the Cabrini-Green housing project but later moved to a building owned by his Uncle Austin. Austin was a career confidence man who taught his nephew to seek out gullible women who sought “to turn around troubled souls.” When Sterling told Sheryl that he needed $500 to get his cousin out of jail, she willingly opened her checkbook. In truth, he needed the money to pay for an abortion for another co-worker, whom he’d impregnated. Six years later, he tracked Sheryl down again and accompanied her when she traveled to Jamaica on business, hoping to fleece her into “investing” in a nonexistent clothing company. Once on the island, Sheryl falls hard for the con man, unaware he’s also seducing the teenage sister of a Rastafarian man who’s teaching him hypnotism. Sheryl eventually gives all her money to Sterling, hoping for financial and relationship payback. Readers will likely have a hard time relating to Sheryl’s feelings for the despicable Sterling. It also seems very unlikely that none of the victims of Sterling’s scams, particularly after the advent of the internet, know enough to do any research on him. However, the author still delivers a highly readable, if frustrating, tale complete with memorable descriptions, as when one character “yawns with a hippo’s ferocity.” The book culminates with a horrific final chapter that goes on unmercifully too long—much as the main couple’s relationship does.

A sad but engaging tale of a woman who’s dead-set on redeeming an unredeemable man.

YOU
by Caroline Kepnes
Indie