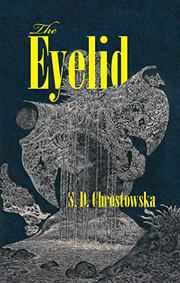 In a dystopian near future where sleep is outlawed, an unemployed Everyman meets a revolutionary dedicated to the subversive power of dreams.

Chrostowska (Permission, 2013, etc.) is a fiercely intellectual writer, but in this hallucinatory portrait of a world robbed of dreams, she’s content to let her surrealistic journey play out freely. Our narrator subsists in an alternative version of Paris, one where dreams have been outlawed in the name of productivity and citizens are forced to take a potent drug called Potium to keep them in a permanent state somewhere between slumber and the waking world. His fortunes are altered drastically when he meets Chevauchet, a roving ambassador from the perplexing Free Republic of Onirica, a city-state virtually unknown to the mainstream population. In the diplomat’s worldview, daydreaming is a directly subversive action that gives people a notion of freedom, no matter how tenuous or fleeting. To open the narrator’s eyes, Chevauchet takes him “dream-hopping” through the dreams of others, exploring love, dread, power, and nightmares among other themes. It’s all part of the ambassador’s unified theory of utopia, a speculative philosophy that imagines that revolutionary dreaming can lead to true emancipation. Yes, it’s a hallucinatory story, steeped in existentialist philosophy and delivered in poetic, classical language. The novel can read like a work in translation, with the avant-garde aesthetics and interesting idiosyncrasies found in European novels laden with existentialist themes and absurdist imagery. Ultimately, the student becomes the teacher as Chevauchet fades and the narrator becomes a “Merchant of Sleep,” treating refugees and lost souls to the obvious form of resistance against the waking world: “With this our bargain was concluded; my dreamers got their sleep, and I their dreams.”

A slight but quick-witted and thoughtful philosophical parable that falls somewhere between Camus and Gaiman’s Sandman universe.