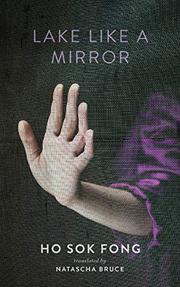 The stories in this collection—Ho’s first book to be translated into English—follow a dreamy logic. In “Lake Like a Mirror,” a teacher’s students remind her of a “herd of elk in long grass, nestled meekly against one another.” Later, when a deer leaps out in front of her car, she swerves off the road. In "Aminah," several women have been detained by Muslim authorities who believe they've strayed from their faith. One of the women sleepwalks at night, naked and unchecked—none of the guards want to apprehend her in that state. Ho’s stories, which center almost exclusively on women, have an eerie quality, an otherworldly elegance, many of them with uncanny images: Cats yowl at the edges of that rehab center, and some of the women perform shadowy exorcisms late at night. But as misty-edged as these stories can be, Ho also makes pointed critiques about politics and culture in her native Malaysia. The teacher in “Lake Like a Mirror” fears for her job when one of her students comes out, in a video he posts online, after reciting a sexually explicit e.e. cummings poem she’d taught in class. In “Radio Drama,” a cluster of women gossip at the hairdresser’s. Someone, they hear, has committed suicide, and they speculate about her reasons. Her husband probably took a mistress, they think. “But a mistress was only natural, once a man made a bit of money!” They conclude: “For a wife to kill herself over it, well, that was just silly.” Throughout this fine collection, Ho’s touch is only lightly apparent. She has created a world in these stories that is entirely, and uniquely, her own.

Straddling the surreal and the pointedly political, Ho reveals herself to be a writer of immense talent and range.

THE GARDEN OF EVENING MISTS
by Tan Twan Eng
Fiction