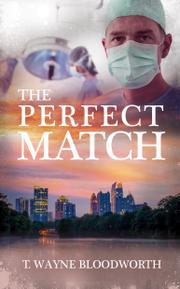 Bloodworth, a cosmetic surgeon and gynecologist, makes his fiction debut in a story about the transformative power of love.

Zack Folsom is a jaded, irritable, but gifted cardiothoracic surgeon who’s frustrated with hospital politics and treating patients who seem responsible for their own ailments. He occupies his off hours developing surgical robotics equipment. His wife was killed many years ago in a car accident, and he’s estranged from his only son, who was raised mainly by his in-laws while Zack pursued his career. His only friends are Armando Morales, with whom he grew up, and Armi’s parents, who cared for them both. Zack is unsurprised when he’s approached by attorneys representing someone interested in buying his robotics company—it’s not the first time someone has expressed interest. But he and Armi feel an immediate connection with the prospective buyer, Italian businessman Giovanni Marcello, and Gabriella Benetti, the beautiful attorney who represents him. Marcello then draws Zack into his life in Italy, helping him to remember the importance of family relationships, even as Zack’s son, Brody, expresses resentment. Gabriella, meanwhile, shows Zack that he might have another chance at romance, but at the same time, his friendship with Armi falters. Armi’s partying is getting out of control, and Zack is outraged to learn that his friend is using cocaine. A medical crisis threatens to endanger Zack’s business deal, but Bloodworth sews up all the story’s loose ends as neatly as his protagonist’s incisions. Initially, Zack is an unlikable character, and even his heartbreaking back story doesn’t seem sufficient to justify his prickly behavior. As he becomes more appealing—mainly due to his growing love for Gabriella and the mellowing effect of the behavior that Marcello models—readers will find themselves drawn into the story. The secondary characters also add considerable depth and sympathy, including Zack’s assistant, Carol Witherington. The settings of Atlanta; Austin, Texas; New York City; and Milan, Italy, are virtually indistinguishable but for their names, but Bloodworth tells a compelling story overall, and his engaging characters make up for other shortcomings.

After a rocky start, this novel’s absorbing plot will keep readers turning pages.

BEHIND THE CURTAIN
by Jeffrey E. Sterling
Indie