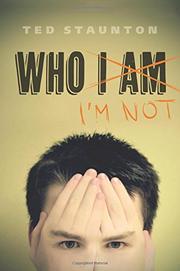 A teen con artist confronts the haunted past of a torn Canadian family.

Staunton’s street-wise, smooth-talking 15-year-old protagonist first enters the scene as Frank, the so-called son of a credit-card thief named Harley. When a simple heist goes bad and leaves Harley dead on the pavement, Frank, already a well-taught liar, has to figure out his next move. At the local Youth Services office, he stumbles across the profile of Danny Dellomondo, a missing Canadian teen, and adopts his identity. Lies, betrayal, murder and even romance hit him head on when he arrives in the small town of Port Hope, Ontario, and Danny finds himself caught in the middle of a mystery more layered than he ever could have imagined. Enter Gillian, whom he meets in alternative school after pounding one of the local bullies in the hall, and sparks fly. Staunton’s latest page-turner moves fast. Readers aren’t sure whether or not they can trust the main character, and that makes the journey all the more exhilarating as Danny conjures up more lies, stories and thievery to cover up his tracks. The provocative, well-drawn characters run the gamut, from Danny’s kindly caregiver, Shan, to his violent, drug-addicted brother. Staunton stealthily inserts clues as to the whereabouts of the real Danny, but his keen plotting skills will keep readers guessing until the very end.

MORGAN GETS CRACKING
by Ted Staunton

IN MIKE WE TRUST
by P.E. Ryan
Children