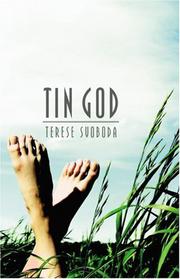 God is in the Midwest, in the tall prairie grass, to be precise. It’s the 16th century and a conquistador, separated from his fellow soldiers, blunders through the grain. He hears whispers: It’s the people who live in the fields, discussing whether the conquistador in his shining helmet is a god. Led by Tall Pigeon Eye, the grass-dwellers devise a series of trials to test the conquistador’s divinity. Does this supernatural being require food and water? Does he respond to a nubile maiden? If they can’t keep the god, perhaps they can keep his seed, the grass-dwellers think. Fast-forward to the 21st century, as Pork, a part-time stripper and small-time dope-dealer, frantically looks for a lost brick of cocaine in the same fields—his black Porsche with tinted windows arousing police suspicion. To complicate matters, a storm has torn through the area, the fields are damaged and the bag is gone. As the conquistador searches fruitlessly for his companions (who cart off Tall Pigeon Eye), Pork unsuccessfully scours the fields (and reconnects with his mother, Bessie, descendant of the conquistador). Svoboda’s characters are so sparely sketched that they defy reader connection, and the tentative storyline is frustrating rather than engaging. A typical example: “As for which star to root for? One did birth them all and that one does hold all against that black Other, which Other is like goblins everywhere, something that simply won’t play, that’s simply null.”

ANYTHING THAT BURNS YOU
by Terese Svoboda
Fiction