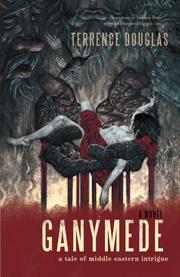 The murder of German agents working with the United States exposes a terrorist plot aimed at American soil in the Douglas’ debut novel.

Colin Gordon, a CIA operative posing as a Foreign Service reserve officer in Germany, travels to Athens for a covert meeting. A German contact, codename GANYMEDE, had sent a letter that, whether intentional or not, indicated duress. After two men are killed, it becomes clear that Gordon himself has been targeted for assassination. Gordon is assigned as primary case officer to Jamie (alias: ICARUS), a Spaniard hoping for asylum in the States, and sent to collect information regarding Ben Yousef, a reputed “oil expert” with apparent ties to Qadafi. Douglas provides sufficient coverage of the Christian Lebanese fanatics planning and executing an attack, but it’s the thorough perspective from three main characters—Gordon, Jamie and Frost, who works at the Athens Embassy—that’s the most arresting and gratifying aspect of the novel. The author aptly depicts three very different men with distinctive agendas: Gordon looking to identify the killers, Jamie working toward refuge for himself and his girlfriend and Frost wanting to prove his worth. In a similar vein, the manner in which information is relayed is especially effective. Sometimes it’s limited, confined to cinematic conventions such as hearing one side of a conversation or the “introduction,” or post-prologue, of Gordon, a stranger to the readers but not to the other characters. The omniscient narration, which gives readers more insight than characters, works best. Seemingly trivial dialogue is given a seething connotation when what is spoken is in direct contrast to a person’s thoughts or motivations. Highpoints of such exchanges include the conversations between Kuban, a Lebanese radical, and his estranged son, and Gordon trying to mask his contempt for Frost—though calling him a “liaison puke” happens in one of his more brusque moments.

An exemplary story that takes readers on a stroll around the world, made all the better by taut dialogue and expressive characters.

THE WATCHERS
by Shane Harris
Fiction

THE HOUSE OF SAND
by Terrence Douglas
Newsletter sign-up