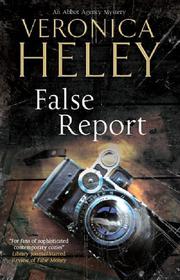 Plagued by doubts about the direction her domestic agency is taking, Bea takes an afternoon off to attend a concert with CJ, her adopted son Oliver’s mentor. With his usual skill, CJ guides her to a tête-à-tête with Jeremy Waite, a music teacher fired because of an illicit liaison with an underage girl. The more she listens to Jeremy’s tale—how Josie knocked on his door looking for an address on the next street, how she returned day after day to pour out her lonely heart to him, how she maneuvered him into a compromising position, only to have a photographer snap their picture—the more certain she is that he’s the victim of a badger game. But his wife has thrown him out, and when vandals trash his rental flat, kind-hearted Bea lets Jeremy stay with her in an upstairs apartment originally intended for Oliver and Bea’s assistant Maggie to share. Jeremy is a mixed bag as a guest. He eats everything in sight, he can’t find his shoes, but he creates celestial music on an electric keyboard. And Bea can use the distraction. Her agency is growing by leaps and bounds, but as the client list grows, so do the complaints. Her new manager, Ianthe, has fired all her old staff and changes the computer password daily, effectively locking Bea out of her own system. But when Maggie’s purchase orders aren’t filled and her estimates keep getting lost, Bea wonders if it’s time to sell up and retire to the south, as her son Max repeatedly suggests.

Heley’s seventh Abbot Agency entry may be her most delicate and best balanced yet.

MURDER FOR NOTHING
by Veronica Heley
Mystery

A NICE PLACE TO DIE
by Jane McLoughlin
Mystery

ECHOES OF THE DEAD
by Sally Spencer
Newsletter sign-up