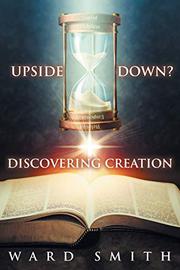 A series of loosely connected essays on the nature and tenuous future of Christianity.

Ward (Who Me?, 2011), a layman in the Episcopalian Church, begins his book by reflecting on the dire state of traditional churches, whose decline in membership over the last century shows no sign of abating. He encourages the church to avoid becoming despondent and instead turns its current paradigm, which prioritizes biblical texts, “upside down.” Instead of focusing exclusively on the “words of God,” he suggests, the church should give “equal status” to God’s creations and reflect on what they say about the nature of God, the church, and humanity and about the meaning of life. Using this basic thematic framework, the author offers more than 40 short essays that ponder subjects from evolution to behavioral psychology and examines what they reveal about the nature of God. For example, the science of evolutionary biology, he says, asserts that life must “adapt or die”; given humanity’s predilection toward violence and self-destruction, he says, Jesus’ message to love one’s neighbor must become a “new survival behavior.” Ward is at his best when discussing the relevance of science to the spiritual realm. Traditional Christians may be skeptical of a book that makes few references to biblical passages, but other readers may find refreshing spiritual insights in modern science, be it quantum physics or neurology. Ward is, of course, far from the first Christian to contemplate existential questions left unanswered by the Bible, and his work would have been strengthened by acknowledging the roughly 2,000-year corpus of Christian theological and philosophical ruminations, from St. Thomas Aquinas to Søren Kierkegaard. Additionally, the book concludes with an out-of-place political essay that laments the current state of America’s economy and an educational system in which “our best technical schools are over half filled with foreign students.”

A mostly well-written collection of musings that unnecessarily insulates itself from past Christian thinkers.