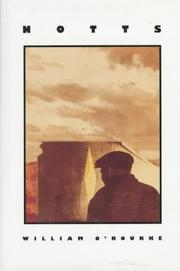  Too smart for his own good, a hapless American teacher dies in a cynical game between British and Irish political factions in this digressive academic thriller from O'Rourke (Criminal Tendencies, 1987, etc.)--a mix of terrorism, striking coal miners, university trendiness, and a love affair doomed by a seemingly insignificant treachery. Michael O'Dwyer is a professor at a third-rate New Jersey college, on a visit to Nottingham for a conference on George Orwell. Jessie Jackson, a younger woman he meets on the plane, is a starry-eyed radical American labor organizer from Berkeley, traveling to England during the 1985 coal strike to show the colors on behalf of US coal miners. The two have a week together, visiting the doomed strikers and their organizers, shuttling between tourist jaunts and firsthand experience of the worker's despair, that could be the stuff of a slightly more bittersweet David Lodge novel. But as interpolated pages from a British police inquest make clear, something terrible is going to happen to this couple. The details add up: the impression that Michael's Irish name and looks makes during a time of IRA bombings, Jessie's radical naivetÇ, her shabby-sinister English connections, particularly David, who seems tense whenever Michael shows up. The climax finds the couple driving around London in a borrowed car that, we suspect, holds a bomb: Jessie finally admits she was asked by IRA sympathizers back in California to decoy British customs by picking up an Irish- looking male and traveling with him. As she and Michael discuss what they to do, we already know from the inquest that someone- -British MI5, the Royal Ulster Constabulary, the IRA--has decided to take lethal preventive action. Too many scenes feel like mini-essays, and characters lecture at the drop of a hat. But fine description, a well-constructed story, and a sympathetic portrayal of the generally overlooked American and British working class carry this one over its dull patches.