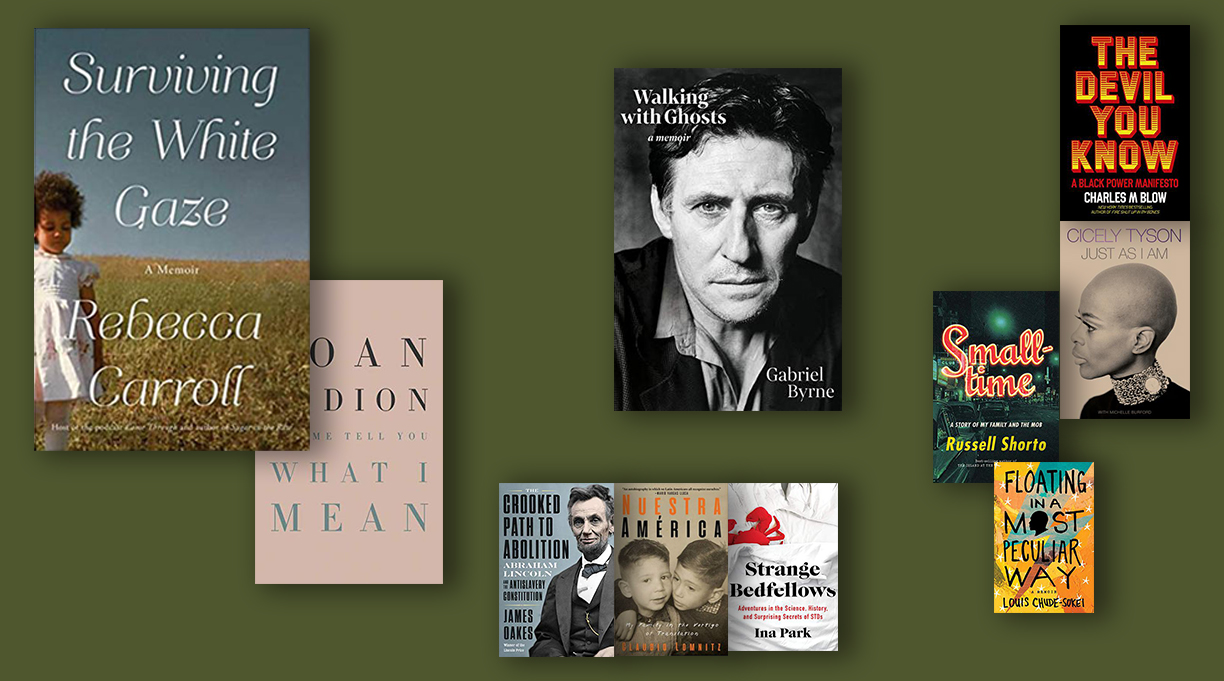 As we toss 2020 into the dumpster, let’s look ahead to 2021. Since dozens of books were rescheduled from last year due to the pandemic, 2021 already looks like a stellar year for literature. The standouts in March and April alone could comprise an entire season, but I will leave those for future columns. For now, here are 10 must-reads to get you through January and February, a slate of outstanding titles that serve as beacons for what I hope will be a much brighter year ahead. This is what our reviewers had to say about them:

Walking With Ghosts by Gabriel Byrne (Grove, Jan. 12): “It’d go too far to say that Byrne…is as fine a writer as his countrymen James Joyce and Seamus Heaney. However, he writes with much more depth than the typical celebrity memoirist, accessing some of Heaney’s earthiness and Joyce’s grasp of how Catholic guilt can shape an artist….A melancholy but gemlike memoir, elegantly written and rich in hard experience.”

The Crooked Path to Abolition: Abraham Lincoln and the Antislavery Constitution by James Oakes (Norton, Jan. 12): “A superb analysis of how the Constitution influenced the battle over slavery….Oakes persuasively shows how, from the moment Lincoln assumed office, he made it clear by both rhetoric and action that slavery was doomed….Many books discuss Lincoln and abolition, but this is among the best.”

Let Me Tell You What I Mean by Joan Didion (Knopf, Jan. 26): “A dozen pieces of nonfiction from the acclaimed novelist, memoirist, and screenwriter….Stylistic precision and the ‘energy and shimmer’ of her prose are fully evident in this volume of previously uncollected pieces, written from 1968 to 2000.”

Just As I Am by Cicely Tyson (HarperCollins, Jan 26): “In this highly anticipated and candid memoir, Tyson…ascribes her remarkable success to luck, grit, and the hand of God….Besides chronicling her work in The Autobiography of Miss Jane Pittman, A Woman Called Moses, and…Roots, among other roles, Tyson lays bare the details of her tormented relationship with Miles Davis, an unrepentant womanizer and substance abuser….A forthright self-portrait of a determined woman and iconic cultural figure.”

Surviving the White Gaze by Rebecca Carroll (Simon and Schuster, Feb. 2): “Born to a White mother and Black father, the author was adopted by a White New Hampshire couple with…very little concept of race. Growing up with a fierce desire to fit in with the popular White kids at school, she entered into a toxic relationship with her birth mother, a narcissist who took every opportunity to tear down and interrogate her daughter’s Blackness and self-esteem….A deeply resonant memoir of hard-won authenticity.”

Floating in a Most Peculiar Way by Louis Chude-Sokei (Houghton Mifflin Harcourt, Feb. 2): “A distinguished literary scholar delivers an affecting memoir of life as an exile, with a David Bowie soundtrack in the background….Early on, as he shows in this forthright, deftly profound narrative, he stood as a definitive outsider, given to reading what an aunt called ‘foolish space books,’ among the many things left behind when his mother moved her family to America….A beautifully written contribution to recent work of the African diaspora.”

Smalltime: A Story of My Family and the Mob by Russell Shorto (Norton, Feb. 2): “Shorto vividly portrays the lives of farm-team mobsters, among them his own ancestors….[The author’s grandfather] hustled to carve out a spot in the Prohibition era, building a small-city empire that included booze, gambling, and other more or less soft crimes, with some of the money going to the mob in Pittsburgh and some traveling to the ruling Mafia families in New York….A lively addition to the history of Italian American immigration and its discontents.”

Nuestra América: My Family in the Vertigo of Translation by Claudio Lomnitz (Other Press, Feb. 9): “The noted anthropologist and historian takes his rich family history and builds a narrative of universal significance….There is no end of intriguing anecdotes in these pages, and in a world of chaos, Lomnitz builds deep meaning from a comparatively small community of blood kin and friends….A masterpiece of historical and personal investigation, perfect for anyone trying to uncover their family’s past.”