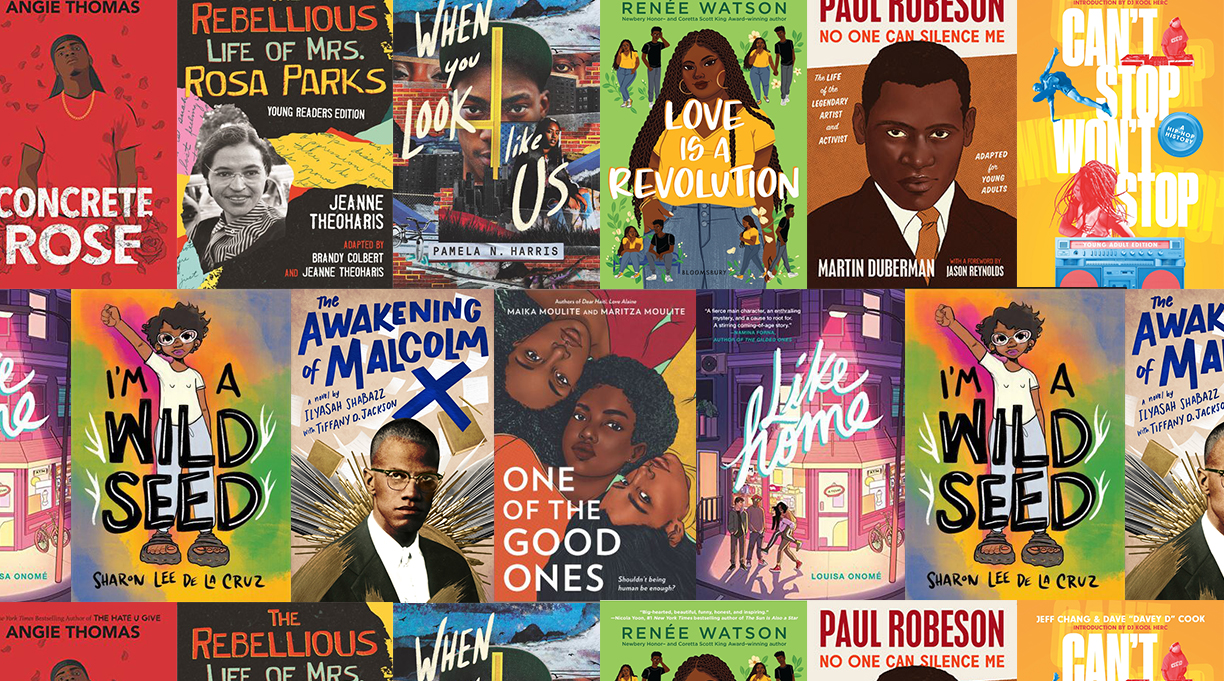 Black History Month is a good time to pay tribute to a large and varied group of people whose contributions and achievements deserve recognition every month of the year but whose stories are too often overlooked and distorted. Themed months risk reinforcing the idea that there is “regular history” and “special-interest history.” We are all part of the same fabric, with all our stories interconnected. But until everyone is fully integrated into general narratives, it’s still important to set aside time to spotlight those who are too often erased. The first few weeks of 2021 bring a range of superlative titles that present diverse Black perspectives. Here are just a few.

Several titles prompt readers to think about how certain communities are commonly presented and the ways that biased assumptions influence what we believe to be true.

When You Look Like Us by Pamela N. Harris (Quill Tree Books/HarperCollins, Jan. 5): This story about a boy looking for his missing sister gets readers thinking about systemic racism and its impact on communities.

One of the Good Ones by Maika Moulite and Maritza Moulite (Inkyard Press, Jan. 5): Whose lives we value inherently, without the need to justify their worth, is at the heart of this tale of two sisters.

Concrete Rose by Angie Thomas (Balzer + Bray/HarperCollins, Jan. 12): This prequel to The Hate U Give offers a nuanced look at intergenerational neighborhood struggles and their impact on young people’s aspirations.

These next two works are about well-known and influential but widely misunderstood individuals. The manner in which their stories are frequently misrepresented gets at the heart of the battles they fought.

The Awakening of Malcolm X by Ilyasah Shabazz with Tiffany D. Jackson (Farrar, Straus and Giroux, Jan. 5): Readers meet a young Malcolm, the bookworm, the passionate truth seeker, the youth raised with self-respect who sought to uplift his brethren.

The Rebellious Life of Mrs. Rosa Parks (Young Readers Edition) by Jeanne Theoharis, adapted by Brandy Colbert (Beacon, Feb. 2): Sets the record straight on how, far from being “too tired” to move seats on the bus, Parks was an organized activist trained in nonviolent resistance.

Stories of Black people who are recent African immigrants, Afro Latinx, or who have roots in the Caribbean, to name just a few examples, are less often taught but just as much a part of Black history.

Love Is a Revolution by Renée Watson (Bloomsbury, Feb. 2): A body-positive story about a Jamaican American girl whose new summer romance becomes an even more important journey to self-love.

Like Home by Louisa Onomé (Delacorte, Feb. 23): A Nigerian Canadian girl gains a difficult firsthand understanding of the impact of gentrification—and of the power of her own voice.

Black creatives’ talent is widely appreciated and their work eagerly consumed, but their social justice messages do not get the same recognition.

Paul Robeson: No One Can Silence Me: The Life of the Legendary Artist and Activist (Adapted for Young Adults) by Martin Duberman (The New Press, March 9): The unparalleled intellectual and artistic achievements of a man whom today’s teens deserve to know better shed critical light on contemporary issues.