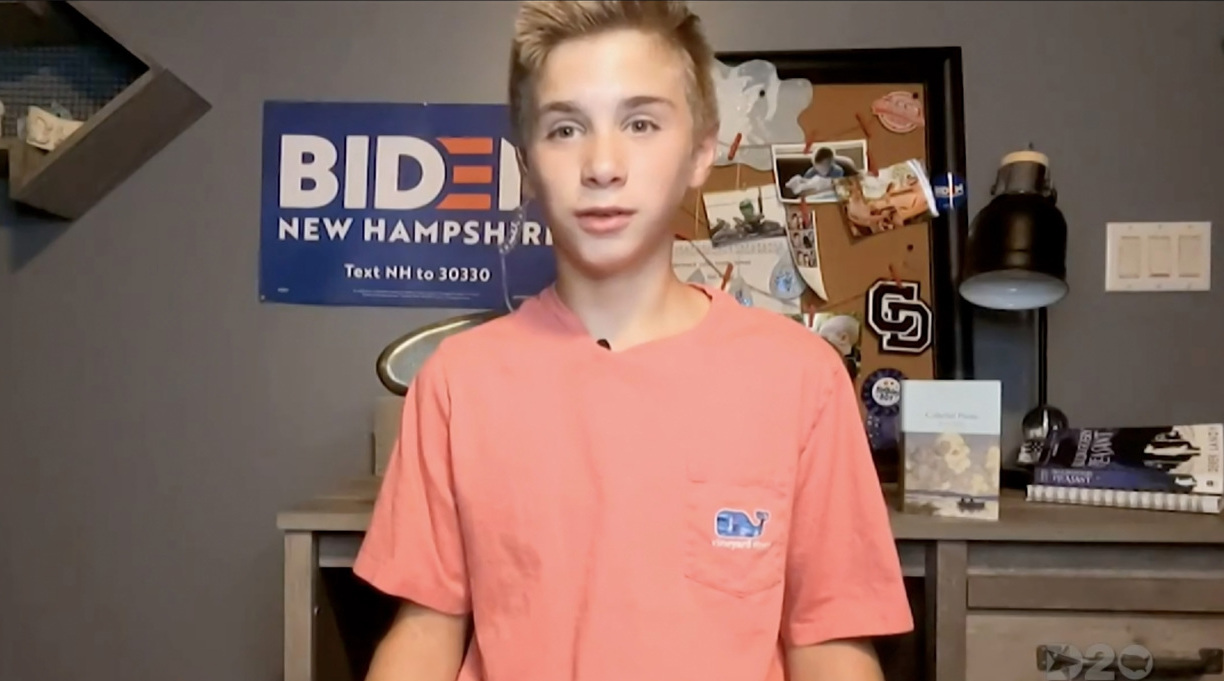 Brayden Harrington, the teenage boy who bonded with President Joe Biden over their shared stuttering and is set to speak at his inauguration special Wednesday night, has a two-book deal with HarperCollins.

Brayden will make his literary debut this summer with Brayden Speaks Up, a picture book illustrated by Betty C. Tang. In a news release, HarperCollins said the book will show “how Brayden’s stutter is his greatest strength, making him an inspiration for all kids who feel different, and celebrates the importance of speaking up and using your voice.”

Biden and Brayden befriended each other last February at a Concord, New Hampshire, campaign event for the former vice president. In a video clip that went viral, Biden gave the boy advice about dealing with his stutter, telling him, “Don’t let it define you. You are smart as hell.”

The two stayed in touch, and Brayden would go on to speak at the Democatic National Convention last August.

“Through his courage, perseverance, and strength of character, Brayden inspires us all to celebrate who we are and to make each of our voices heard,” Ilnitzki said.

Brayden Speaks Up is slated for publication on Aug. 10; a middle-grade novel by the boy, as yet untitled, will be published in 2022.