4 Adaptations To Watch in March 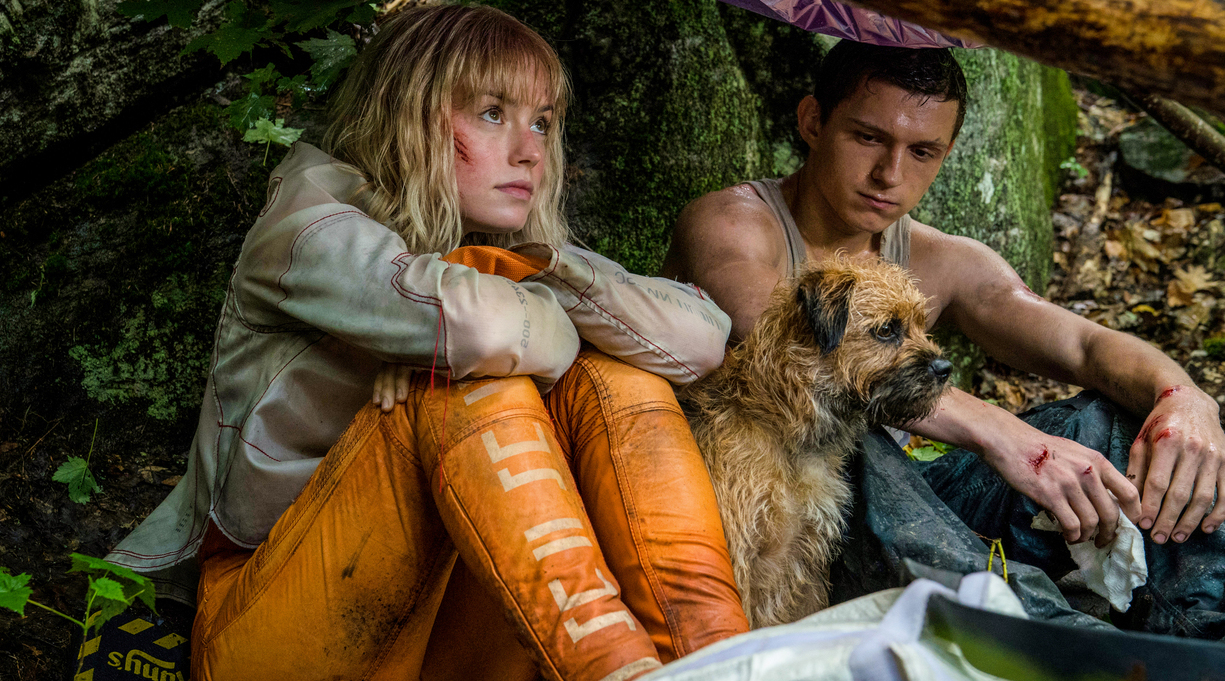 Kirkus is planning in-depth columns on a movie version of Joanne Rakoff’s 2014 coming-of-age memoir, My Salinger Year, starring Margaret Qualley and Sigourney Weaver (premiering in theaters and on demand on March 5), and the Netflix series The One, based on John Marrs’ 2018 SF novel about what happens when a company announces a DNA test that promises to match people to their soulmates (premiering March 12). In the meantime, here are four other notable adaptations to watch in March:

Patrick Ness’ 2008 YA novel, The Knife of Never Letting Go, is the basis for this intriguing movie, which stars Ophelia’s Daisy Ridley and Cherry’s Tom Holland. Its theatrical premiere was rescheduled a few times, in part because of the effects of the Covid-19 pandemic. Ness co-wrote its screenplay, which appears to make its main characters somewhat older; in the book, for instance, Holland’s character, Todd Hewitt, is just 12. He lives in an all-male human colony on an alien world. All the colonists’ thoughts are broadcast, so that everyone can hear them—a phenomenon called “Noise” that’s the result of germ warfare waged by an alien race, which killed all of the human colony’s women. At least that’s what Todd has always been told, but when he and his dog find a girl in a swamp whose thoughts he can’t hear (Ridley), he’s forced to reexamine his assumptions. The film’s special-effects portrayal of “Noise,” shown in the trailer, is truly compelling, and its director, The Bourne Identity’s Doug Liman, is well-known for his sharp action scenes. The supporting cast—David Oyelowo, Nick Jonas, Hannibal’s Mads Mikkelsen, and The Outsider’s Cynthia Erivo— is just as promising.

This Netflix film adaptation of Amy Krouse Rosenthal and illustrator Tom Lichtenheld’s 2009 picture book, Yes Day!, appears to play even faster and looser with its source material. In the fairly straightforward original story, a nameless young boy tells readers about his “favorite day of the year,” in which his caregivers say yes to everything he asks; this results in rather mild requests, such as “Can I have pizza for breakfast?” In the movie, three children challenge their parents, played by Jennifer Garner and Édgar Ramírez, with far messier asks, such as riding through a car wash with the windows down; as seen in the trailer, Garner’s character goes skydiving and even gets in trouble with authorities over the course of a very wild day. The movie’s wackier shenanigans—which call to mind the premise of the 2008 Jim Carrey movie Yes Man—aren’t in the picture-book version, but they look like they’ll deliver escapist fun nonetheless.

Stephanie March will be familiar to fans of early seasons of the long-running NBC show Law and Order: Special Victims Unit for her role as straight-arrow Assistant District Attorney Alexandra Cabot. This new TV movie, inspired by Ann Rule’s 1998 true-crime bestseller, Bitter Harvest, has her playing a very different kind of role: real-life felon Debora Green, a successful doctor in a Kansas City suburb who, in 1996, was convicted of poisoning her unfaithful husband and committing an act of arson that resulted in two deaths. Kirkus called the book “a tour de force from America’s best true-crime writer,” noting its “vivid, fascinating portrait of Debora and of the slow unraveling of her homicidal schemes.” (Fans of Rule’s work will also be interested in the Lifetime movie Circle of Deception, which premieres on the network on March 6; it’s based on 2013’s Practice to Deceive, about a mysterious 2003 shooting in Seattle, and stars Diane Neal—who, interestingly enough, also played an ADA on Law and Order: SVU.)

This movie version of English author Andy McNab’s 2012 spy-thriller series-starter chronicles the adventures of Tom Buckingham, an off-duty Special Air Service soldier, as he single-handedly attempts to foil the hijacking of a train in the tunnel underneath the English Channel. The Die Hard–ish setup is overfamiliar, but this film is notable for its offbeat and appealing cast, many of whom are well-known for their work in other book adaptations: Sam Heughan of the hit Starz show Outlander, based on Diana Gabaldon’s bestselling book series; Ruby Rose, whose breakout role was in the Netflix series Orange Is the New Black, which was inspired by Piper Kerman’s 2010 memoir; Andy Serkis, who memorably performed Gollum in the blockbuster Lord of the Rings films; and Hannah John-Kamen, who recently starred in a Netflix miniseries based on Harlan Coben’s Kirkus-starred 2015 thriller, The Stranger.