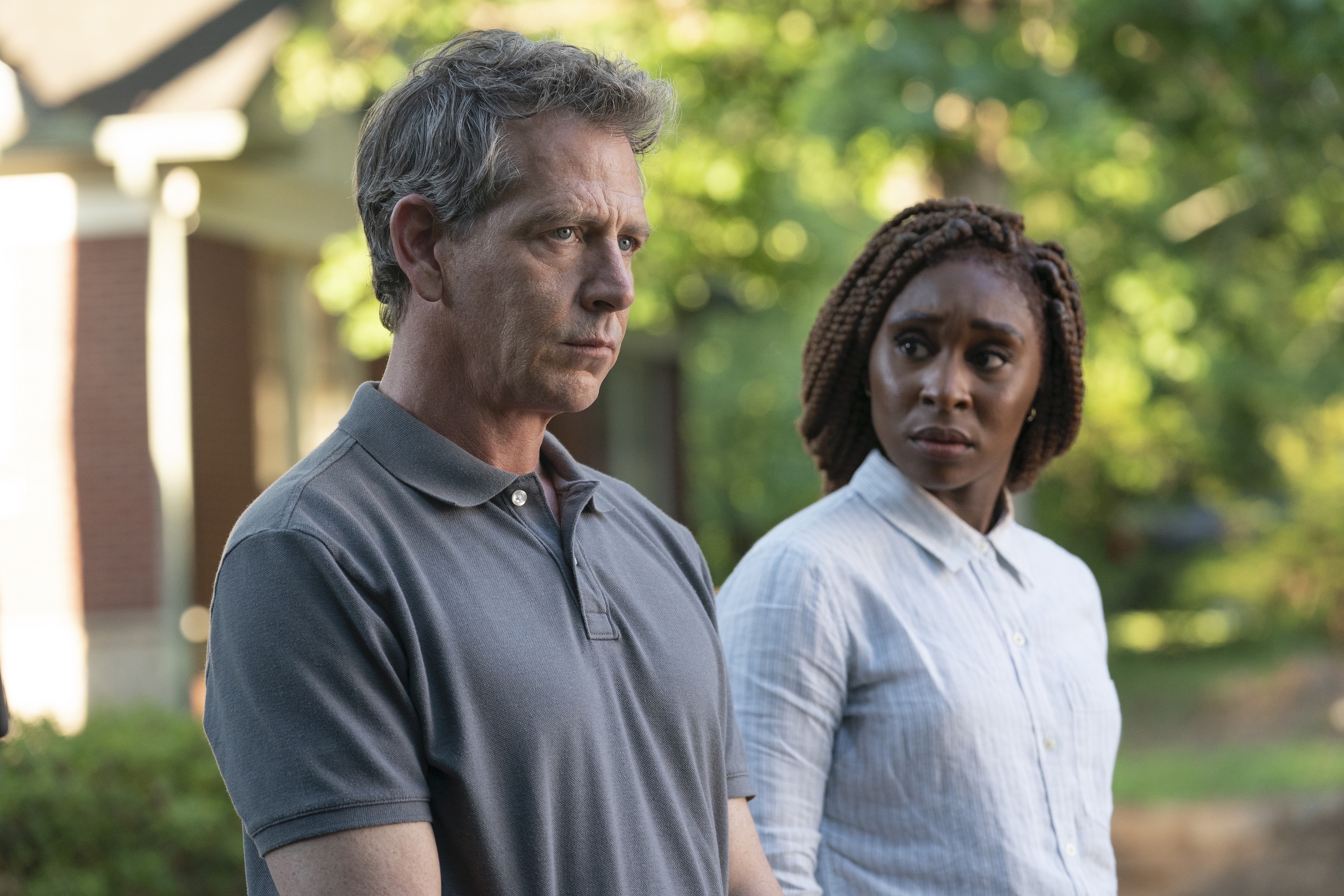 It’s been said that there’s nothing new under the sun, and the constant stream of Stephen King-related remakes and sequels would seem to bear this out. Last year alone saw the release of Pet Sematary, the second film based on King’s 1983 novel; It Chapter Two, the second of two films adapting his 1986 bestseller; and Doctor Sleep, from King’s 2013 sequel to his 1977 novel, The Shining. Still, there are still some of King’s novels that haven’t yet been brought to the screen. The latest is a TV-series adaptation of 2018’s The Outsider, which premieres on HBO Sunday.

In the book, Flint City, Oklahoma, police detective Ralph Anderson investigates the brutal murder of an 11-year-old boy whose body is found in the woods. Multiple witnesses, as well as extensive fingerprint and DNA evidence, point to a single suspect: the well-liked English teacher and Little League coach, Terry Maitland. It seems like an open-and-shut case, but Maitland insists that he’s innocent. Then, equally compelling evidence—including fingerprints and video—indicates that he was 70 miles away, at a teachers’ conference, at the time of the murder. Anderson and his fellow cops, as well as private investigator Holly Gibney, set out to solve the bizarre mystery—which, of course, involves a supernatural element.

HBO made the first six episodes of the TV series available to reviewers, and they’re very faithful to the text—at least, so far. Indeed, one would never know that the first five episodes are written by Richard Price, author of 1992’s Clockers and several other novels, as the show has King’s distinctive voice. (Dennis Lehane, famous for the 2001 novel Mystic River, is credited with two later episodes.) Some changes are cosmetic; for instance, the series takes place in Georgia, not Oklahoma (which probably has more to do with Georgia’s film-production tax credits than anything else). Others seem like attempts to deepen characterization. Anderson’s son, for instance, is merely away at summer camp in the book, but in the series, he’s dead—an unnecessary detail that was apparently added to give Anderson something to talk about with his therapist.

Gibney is a character from King’s Bill Hodges Trilogy—Mr. Mercedes (2014), Finders Keepers (2015), and End of Watch (2016)—although there’s no mention of this on the show. (It may have to do with the fact that the character also appears in the TV series Mr. Mercedes, airing on the pay-TV network Audience, not HBO.) In The Outsider novel, she’s just a talented PI who’s a bit quirky, but the series transforms her into an all-too-familiar type—a brilliant detective who has no social skills whatsoever, à la Sherlock, and Law Order: Criminal Intent, and on and on.

That’s not the only thing that’s familiar here. (Readers, be warned—possible spoilers ahead.) Although the story has a gripping setup, its key twist recalls many other works, including 1956’s Invasion of the Body Snatchers and, especially, the underrated 1987 SF thriller, The Hidden. In fact, the long-running CW TV show Supernatural presented an extremely similar story in its 2005 first-season episode “Skin”—in the space of a single hour, including commercials. As The Outsider’s secret becomes clear—in both the novel and its adaptation—it become less and less compelling.

The series remains very watchable, though. The first two episodes, in particular—which roughly correspond with the first third of the book—are truly riveting, and Jason Bateman is excellent as the accused Little League coach. (Bateman also directed these episodes, whose look brings to mind his Emmy-winning work on the Netflix series Ozark.) Captain Marvel’s Ben Mendelsohn, in a rare good-guy turn as Anderson, does a creditable job, and Harriet’s Cynthia Erivo throws herself into a character that could have quickly become tiresome. That said, later episodes pad out the events of King’s novel, which was leisurely to begin with. This doesn’t bode well for the series’ future, but at least King’s fans won’t have to wait too long for something else they’ve seen before: Another miniseries adaptation of his 1978 epic The Stand will air on CBS All Access later this year.