4 Adaptations To Watch in January 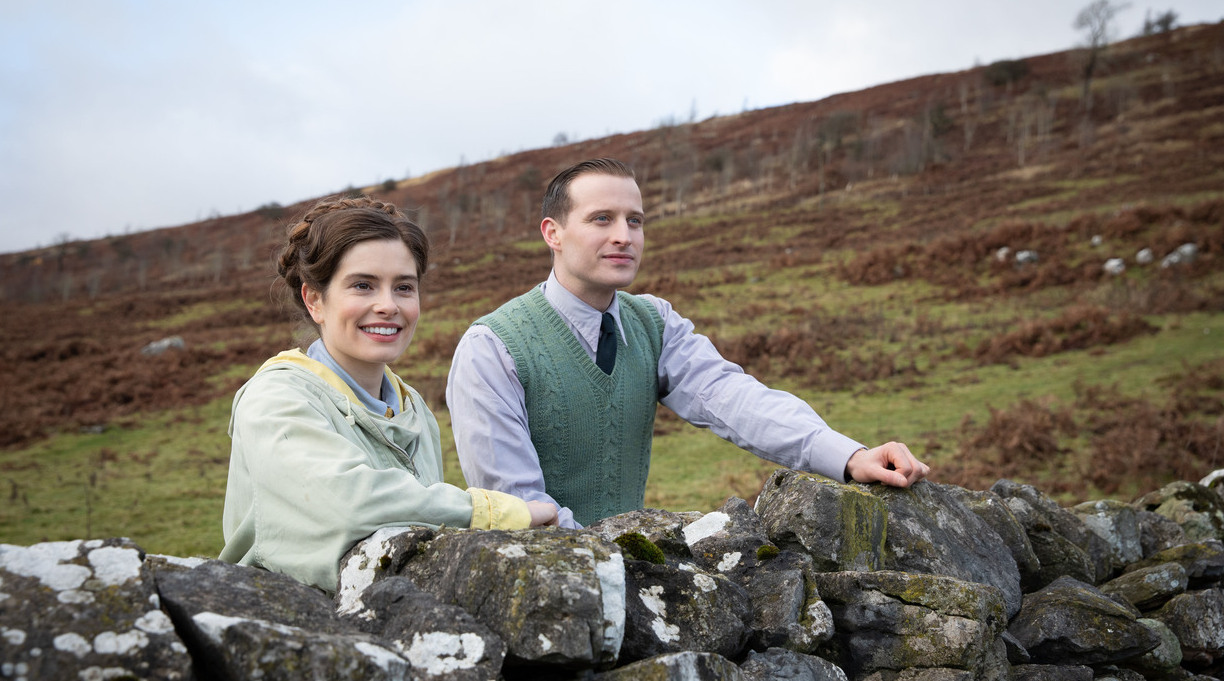 It’s a brand-new year, and with it comes a brand-new batch of book-based movies and shows. We’ll have in-depth columns on two upcoming Netflix films: The White Tiger, based on Aravind Adiga’s Man Booker Prize-winning 2008 novel and featuring Priyanka Chopra Jonas (premiering Jan. 22); and The Dig, adapted from John Preston’s Kirkus-starred 2016 historical novel and starring Carey Mulligan and Ralph Fiennes (Jan. 29). In the meantime, here are a few more intriguing book-based entertainments coming in January:

James Alfred “Alf” Wight found fame for a series of fictionalized memoirs he wrote under his pen name, James Herriot, which drew on his experiences as a small-town veterinary surgeon in North Yorkshire, England, from the 1930s to the 1950s. The first book in the series, If Only They Could Talk, was published in 1970, and the last, Every Living Thing, in 1992, just a few years before Wight’s death. His first American publication, 1972’s All Creatures Great and Small, also provided the title for a 1975 film and a very popular, long-running BBC TV show, which ran until 1990. This handsome-looking reboot series premiered on Channel 5 in the United Kingdom in September and makes its U.S. premiere as part of PBS’ Masterpiece. It stars newcomer Nicholas Ralph and Hollyoaks’ Rachel Shenton, and features the late, great Diana Rigg in one of her final performances.

This TV series, which premiered last year, is loosely based on the much-loved YA mysteries written by several ghostwriters under the pseudonym Carolyn Keene (including, most notably, Mildred Wirt Benson). Here, Nancy (played by the excellent Kennedy McMann) is 18 and waiting tables at the Bayside Claw diner in her hometown of Horseshoe Bay, Maine. In the first season, she thought she’d left her teen-detective days behind her, but she soon found herself investigating a murder mystery connected to members of her own family; she enlisted a few of her close friends to help dig up the truth. Back in March, the show made our list of “8 Book-to-Screen Options for Kids, Teens to Stream.” Its second season finds Nancy tackling new mysteries, but it appears to retain the unexpected supernatural elements of the first, which included a particularly creepy ghost. It’s a big departure from the Keene books, to be sure, but it’s handled with impressive skill, and there are lots of sharp, entertaining performances from the core cast; The Half of It’s Leah Lewis, as Nancy’s snarky pal George, is a particular standout.

Two-time Oscar nominee Naomi Watts and The Walking Dead’s Andrew Lincoln star in this movie version of Australian writer Cameron Bloom’s 2016 memoir, co-written with bestselling author Bradley Taylor Grieve and published in the United States as Penguin the Magpie: The Odd Little Bird Who Saved a Family. In it, Bloom tells the story of his wife, Sam, a nurse who was paralyzed in a fall in 2013 and subsequently suffered from suicidal depression. (She wrote about the experience for Time magazine in 2017.) Sam finally found her way to recovery after one of her children rescued an injured magpie that had fallen from its nest; unexpectedly, Sam found that caring for the bird gave her a new sense of purpose. The film is likely to be a fine showcase for Watts, who plays Sam and also co-produced the film. In 2019, she co-starred in a very different sort of book-to-screen adaptation, playing Hamlet’s mother, Gertrude, in a film of Lisa Klein’s YA novel, Ophelia.

Due to the Covid-19 pandemic, the Sundance Film Festival will allow viewers to stream individual films online for the first time this year. The program includes this feature-film adaptation of Nella Larsen’s critically acclaimed 1929 novel, which Kirkus reviewed in 1992 as part of An Intimation of Things Distant: The Collected Fiction of Nella Larsen. The story focuses on a mixed-race woman, Clare Kendry, who passes for White and hides her heritage from her racist White husband, Jack; she has a complicated relationship with her mixed-race friend Irene Redfield, who identifies as Black. The film has a stellar cast that includes Oscar nominee Ruth Negga as Clare, Westworld’s Tessa Thompson as Irene, and The Little Drummer Girl’s Alexander Skarsgård as Jack. It’s also notable as the writing and directing debut of the excellent actor Rebecca Hall, whose insightful performance was a highlight of last year’s Amazon Prime Video series Tales from the Loop, based on the 2015 SF book by Simon Stålenhag.