4 New Adaptations To Watch in June 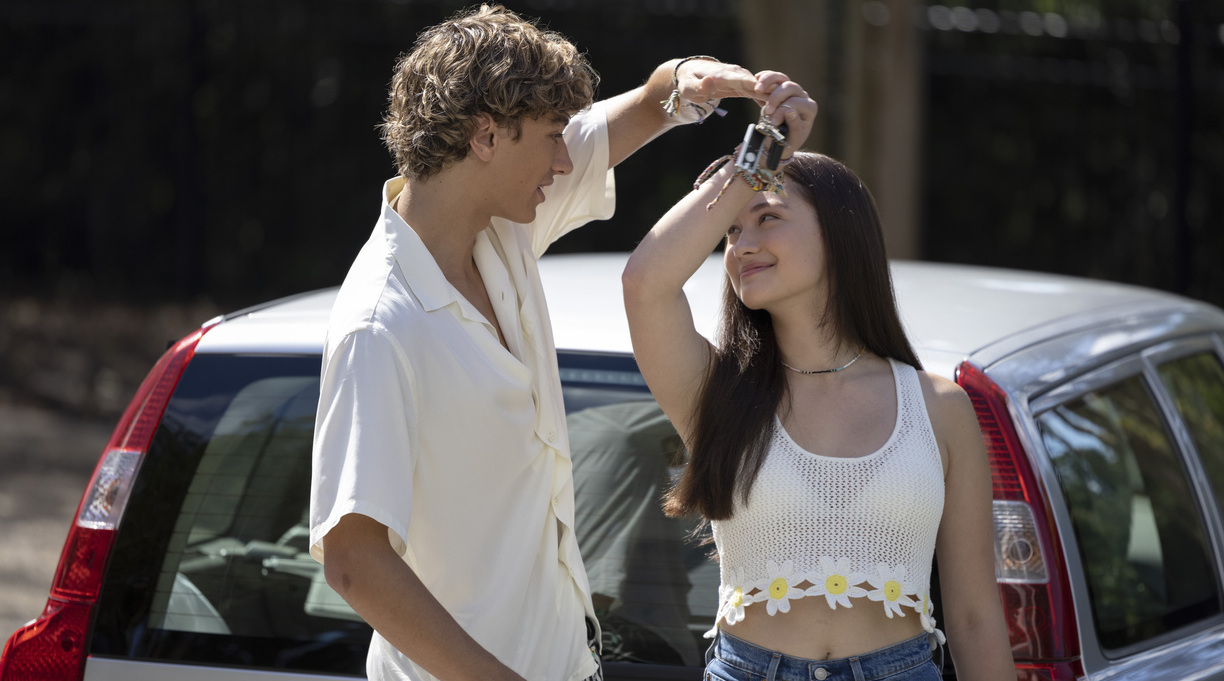 Gavin Casalegno and Lola Tung in ‘The Summer I Turned Pretty.’ Photo by Peter Taylor/Prime Video

Watch out for our upcoming columns on Spiderhead, a movie based on a George Saunders short story, featuring Chris Hemsworth (premiering June 17 on Netflix), and The Black Phone, a theatrical film based on Joe Hill’s horror tale, starring Ethan Hawke (premiering June 24). Here are four more book-to-screen adaptations coming in June:

Jerry Spinelli’s 2000 YA novel, Stargirl, received a Kirkus star for its story of a kind, quirky, ukulele-playing Arizona high-school girl who has a brief romance with a fellow student, during which she teaches him about the importance of being true to yourself. It was made into a Disney+ film in 2020, starring musician Grace VanderWaal in the title role. Unusually, this new sequel ignores Spinelli’s Kirkus-starred 2007 follow-up, Love, Stargirl, to tell a new tale of Susan “Stargirl” Caraway (again played by the charming VanderWaal) moving to Los Angeles with her costume-designer mother (the reliably great Judy Greer). There, Stargirl pursues a new romance, makes new friends, and meets her musical idol (Uma Thurman). Like the first Stargirl film, it’s directed by Julia Hart, who’s best known for her 2018 superhero thriller Fast Color.

The late Tony Hillerman’s popular detective novels about Navajo Tribal Police officers Joe Leaphorn and Jim Chee have been adapted for film a few times before, with the most recent—a TV movie for PBS’ Mystery! in 2003—based on 1990’s Coyote Waits. This new TV series, which takes its name from 1982’s The Dark Wind, is set in the early 1970s and features the excellent character actor Zahn McClarnon (Westworld) as Lt. Leaphorn and Kiowa Gordon (Roswell, New Mexico) as his deputy, Chee. Over the course of the season, they investigate a double murder and grapple with their own troubled pasts. The series is co-directed by Smoke Signals’ Chris Eyre, and it intriguingly counts bestselling author George R.R. Martin among its executive producers.

In Thomas Perry’s 2017 thriller, Harold Kohler is an ex-Army intelligence officer who got on the wrong side of his superiors after taking things into his own hands during an assignment in Libya many years ago. He’s been off the grid and on the run ever since, and living under assumed names—until a special-ops contractor finally manages to track him down. Kirkus’ reviewer noted that “Liam Neeson would be perfect in the title role,” as he’s played similar parts in several films, including 2008’s Taken. This new TV series adaptation, however, features Oscar winner Jeff Bridges, along with Emmy winner John Lithgow as the man attempting to bring the title character in. The trailer promises plenty of impressive chases and fights; the series’ co-director, Jon Watts, has reliably delivered both in such films as 2019’s Spider-Man: Far From Home.

Jenny Han’s 2014 YA bestseller, To All the Boys I’ve Loved Before, was adapted as a highly entertaining Netflix film in 2018; it made our list of “10 of the Best Book-to-Screen Adaptations,” and was followed by movie versions of Han’s sequels, P.S. I Still Love Youand Always and Forever, Lara Jean. This new streaming series adapts Han’s earlier YA novel from 2009. It tells the story of 15-year-old Isabel, nicknamed “Belly,” as she looks back on past summer vacations at a beach house, explores relationships with boys, and grows more independent. Han is the adaptation’s co-creator, and it stars newcomer Lola Tung as Belly and Walker’s Gavin Casalegno as Belly’s friend Jeremiah.