5 Novels by Anne Rice That Every Fan Should Read 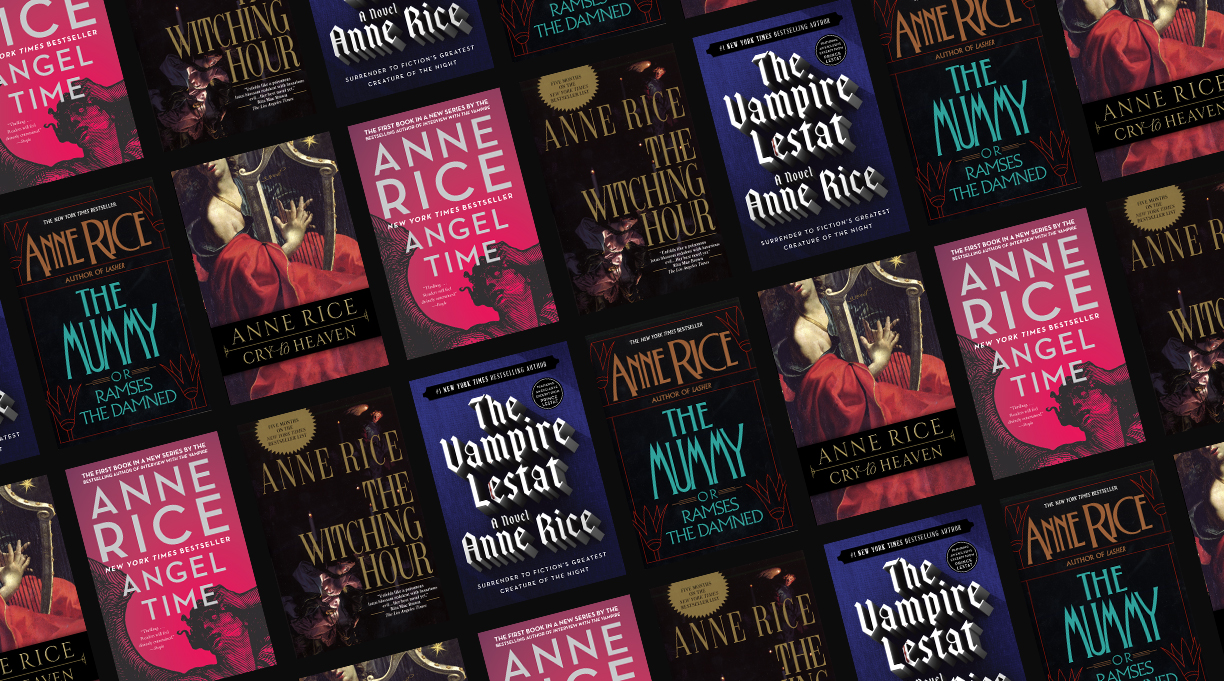 The news of Anne Rice’s death in mid December came as a shock to fans. Just entering her 80s, Rice was still writing novels at a fast clip; she’d released six in the past 10 years, and her most recent, co-written with son Christopher Rice, would soon be published.

Contributor Michael Schaub recently spoke with Christopher about his mother’s legacy and how their unique literary collaboration came about; that novel, Ramses the Damned: The Reign of Osiris (Anchor, Feb. 1), is now in bookstores. Christopher is an accomplished novelist in his own right, with more than 20 novels written under his own name and the pen name C. Travis Rice.

Anne Rice is undoubtedly best known for The Vampire Chronicles, which fixated public attention on the undead long before Twilight or True Blood. But she was equally proficient at writing thrillers and adventure tales, always with a trademark gothic flourish. We asked Christopher to recommend five books that he thinks every fan should read. Here are the titles he suggested.

The Witching Hour (1990): “In my opinion, this was Anne’s New Orleans masterwork, brimming with her authentic and emotional responses to returning to the city in 1988 after years away.”

Angel Time (2009): “When Anne first became a success, the television of the day—mostly conventional network dramas and movies of the week—had little to no impact on her. More recently, the finely wrought detective dramas of the streaming era became a profound influence, and this thrilling, time-traveling detective tale was the result. A true page-turner and a thriller.”

Cry to Heaven (1982): “The novel that cemented her reputation as a serious practitioner of historical fiction even as critics later became dismissive of the supernatural elements in her work. There are no vampires or witches here, but the castrati of 18th-century Italy were a tribe apart, and Anne’s exploration of them became a preview of the major contributions she’d make to queer literature and identity.”

The Mummy or Ramses the Damned (1989): “Rollicking and fun and romantic, this was Anne’s tribute to the classic tales of H. Rider Haggard and Arthur Conan Doyle, and it rockets along with a kind of breakneck pacing rare in Anne’s work. Over time, The Mummy developed its own unique fan base apart from the vampires, which is why she invited me to write two sequels to it with her years later.”

The Vampire Lestat (1985): “Interview With the Vampire wasn’t written to be the start of a series, and Anne often said that Louis, its tortured protagonist, wasn’t a strong enough engine to start one by himself. That power lay with Lestat. The villain in the first book, in the second he’s turned into the audacious ‘brat prince’ whose defiance of both human and vampire authority transforms the vampire world.”