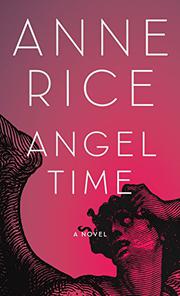 A “man paralyzed by dissonance,” Toby O’Dare is also a helluva hit man; he plays lute, reads Aquinas and shoves poisoned syringes in the necks of his tricks. A Beverly Hills penthouse serves as his crash pad, but he’s otherwise nomadic, dodging Interpol for his faceless boss, the Right Man. RM insists that “the Good Guys” bankroll Toby’s missions, but O’Dare thinks murder is murder and gluts on guilt. With two marvelous reimaginings of the Gospels and a spiritual autobiography recently extending her range, Rice revisits the shadows of her vampire classics; now, however, with her return to Catholicism, her sinners vie for redemption. O’Dare’s desperate for it. His childhood dream of becoming a Dominican was dashed by trauma downright demonic; he rebelled against God when his drunken mother drowned his siblings and killed herself. His apostasy is of the tortuous, Graham Greene-ish variety; he can’t stop praying to the God he left. Deliverance comes as a mysterious stranger. Right after dispatching a billionaire banker at a pricey hotel, Toby freaks at an interloper: Malchiah, it turns out, a seraph disguised as a swell. The angel’s charge? Beam Toby back to 13th-century England, amok with anti-Semitic persecution. “Natural Time” becomes “Angel Time,” and in this transcendental zone O’Dare is transformed into a Dominican friar bidden by Malchiah to save his soul through expiation. He must use all his cunning to rescue Meir and Fluria from a mob convinced that this harmless Jewish couple have poisoned their daughter for daring enter a cathedral on Christmas night. Having become an Agent of Good, O’Dare, proving that God works in mysterious ways, descends into a world of faith perverted in order both to restore order and reclaim his own lost innocence. Emerging repentant “for every evil thing I’d ever done,” he returns transfigured to the present time.

OF LOVE AND EVIL
by Anne Rice
Fiction

PRINCE LESTAT AND THE REALMS OF ATLANTIS
by Anne Rice
Fiction

THE WOLVES OF MIDWINTER
by Anne Rice
Fiction

THE WOLF GIFT
by Anne Rice