6 Books That Will Inspire Young Activists 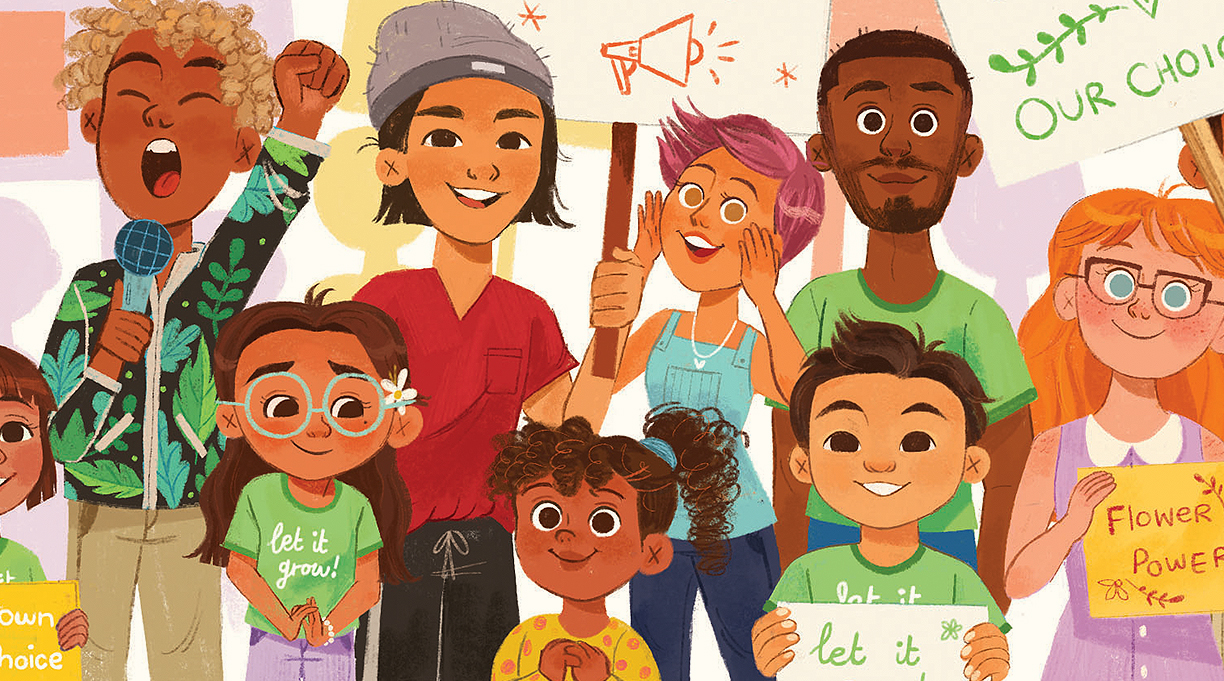 Illustration from ‘Rise Up and Write It’ by Anoosha Syed

My first job out of college was as a political organizer for an environmental justice group. I was not especially good at it—there’s a reason I went into librarianship and then into editing book reviews—but I did learn enough to develop a deep and abiding admiration for organizing done well. Successful protest movements large—the Salt March; the Montgomery Bus Boycott—and small don’t happen spontaneously; they are the work of organizers who combine the inspirational powers of religious leaders and the tactical acumen of military strategists.

I learned the principles of organizing on the job, but kids with their eyes on making change don’t need to wait that long. There’s a whole crop of books on hand that discuss everything from the history of organized protest to the nuts and bolts of political action.

Journalist and climate activist Naomi Klein, writing with Rebecca Stefoff, aims to teach kids How To Change Everything (Atheneum, Feb. 23), first explaining why they need to and then providing them practical—and practicable—advice for doing it. Their “Toolkit for Young Activists” includes advocating for school-level change as well as joining larger movements. (Be sure to read our interview with Naomi Klein as well.)

Young people have been on the ground floor of movements for change for over a century, and Michael G. Long introduces young readers to 15 such movements in Kids on the March (Algonquin, March 23). His survey includes the 1903 March of the Mill Children, school integration battles in the 1950s, and the activism of the survivors of the violence at Marjory Stoneman Douglas High School, always keeping his focus on the efforts’ youth leadership.

Where Long’s survey focuses on youth-led movements, author Leah Henderson and illustrator Tyler Feder broaden their scope in Together We March (Atheneum, Jan. 19), giving young readers valuable looks at not only well-known actions such as the 1963 March on Washington for Jobs and Freedom, but also the anti-apartheid Cape Town Peace March of 1989, the Capitol Crawl of 1990, which paved the way for the Americans With Disabilities Act, and the Global March Against Child Labor, which began in Manila in January 1998 and ended in Geneva the following June.

In Dwayne Reed’s Simon B. Rhymin’, illustrated by Robert Paul Jr. (Little, Brown, March 2), the titular aspiring rapper fears public speaking but finds his voice when he decides to make a local homeless man his subject for a school assignment. Simon’s curiosity about Sunny leads him to learn more about the unseen people in his community, and the heartfelt speech he finally delivers becomes his first act as a fledgling organizer.

In their latest entry in the Confetti Kids early-reader series, author Samantha Thornhill and illustrator Shirley Ng-Benitez put young Lily, a child of color, at the center of a local action in The Protest (Lee and Low, Jan. 12). Lily uses the tools of organizing—posters, canvassing neighbors, media coverage—to galvanize resistance to the demolition of a community garden to make way for a parking lot.

Author Nandina Ahuja and illustrator Anoosha Syed put Farah Patel, the young protagonist of Rise Up and Write It (HarperFestival, Jan. 5), into a similar situation when the little South Asian girl notices there are no butterflies in her neighborhood. A vacant lot and a sign posted there soliciting community input for its use get her thinking that a community garden will attract butterflies and also promote food security. This sweet novelty picture book gives little activists models for their own actions in the form of removable sample letters, posters, and petitions.

With these titles, the Stacey Abramses of the future are well on their way.