6 Works of LGBTQ+ Fiction To Read for Pride Month 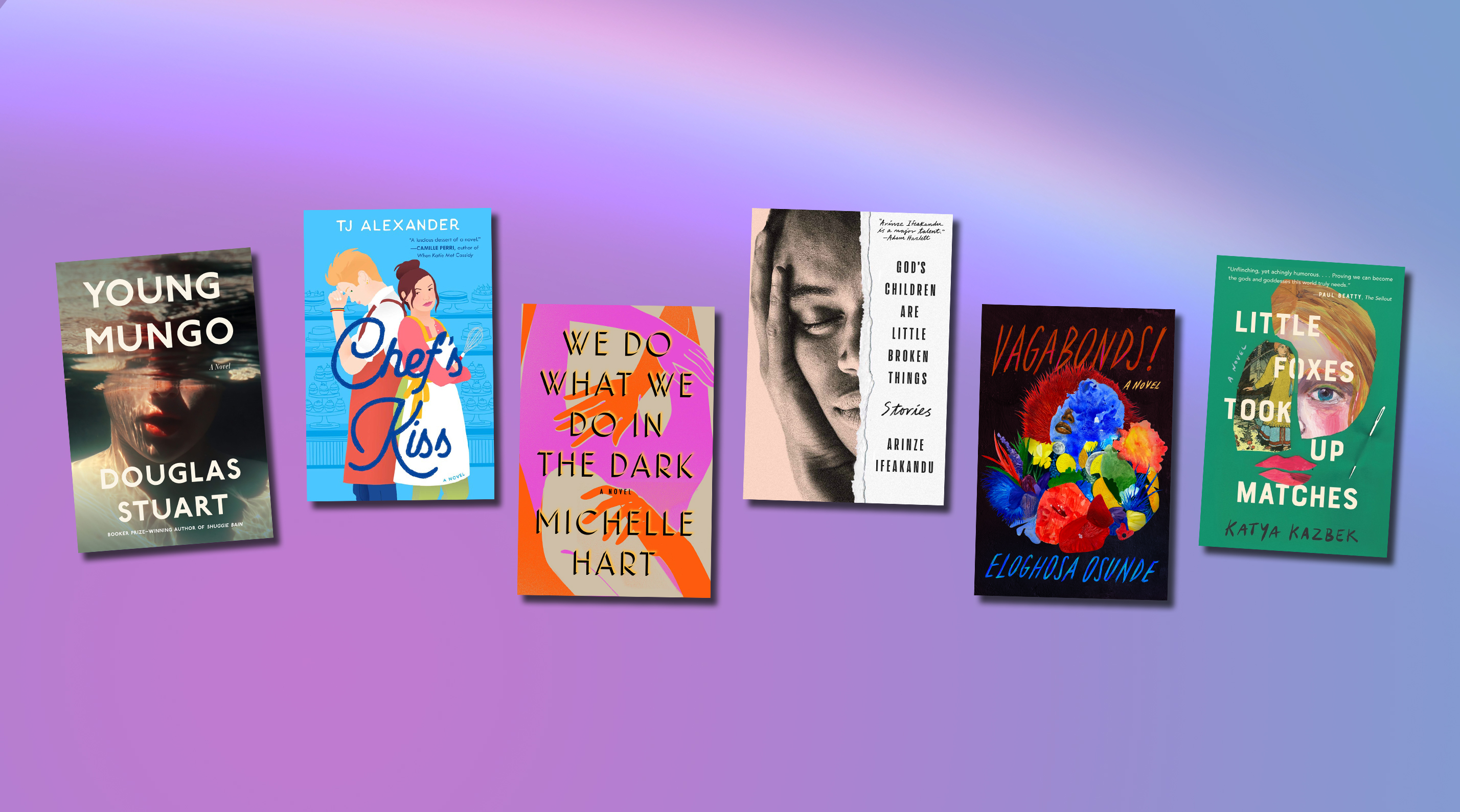 June is a month to celebrate queer lives and queer literature, which feels more urgent than ever this year as some states try to block libraries from carrying queer books; there’s even a lawsuit against a Barnes & Noble in Virginia to prevent it from selling Maia Kobabe’s Gender Queer to minors without their parents’ consent, labeling the book “obscene.” Meanwhile, this year has seen a profusion of excellent fiction by and about people of diverse sexualities and gender identities—here is a selection.

Vagabonds! by Eloghosa Osunde (Riverhead, March 15): In Osunde’s debut novel, “the vagabonds of Lagos might be gay or lesbian, transgender, unwilling to conform to gender norms, or generally out of step with the dominant society.” Through a series of interconnected tales narrated by a chorus of “monitoring spirits,” Osunde tells the stories of these vagabonds, creating what our starred review calls “a powerful debut novel about the power of love and stories to save people shunned by society for being themselves.”

Little Foxes Took Up Matches by Katya Kazbek (Tin House, April 5): Set in 1990s Russia, this debut novel tells the story of Mitya, who swallows an embroidery needle when he’s a baby, linking himself forever to “Koschei the Deathless, a gender-nonconforming character from Russian fairy tales who achieves immortality by ‘hiding the needle that is his death’ where no one can find it,” according to our starred review. “Kazbek deftly intertwines tales of Koschei’s exploits in heaven and hell with Mitya’s misadventures around Moscow as the preteen navigates a first crush and considers whether he wants to be a girl, a boy, both, or neither.”

Young Mungo by Douglas Stuart (Grove, April 5): The author of the Booker Prize–winning Shuggie Bain returns to 1990s Glasgow with a novel our starred review calls “romantic, terrifying, brutal, tender, and, in the end, sneakily hopeful.” Teenage Mungo, who’s Protestant, and James, who’s Catholic, fall in love as they take care of James’ racing pigeons—“but a same-sex relationship across the sectarian divide is so unthinkable that their every interaction is laced with fear.”

Chef’s Kiss by TJ Alexander (Emily Bestler/Atria, May 3): This delightful romance novel is set in the test kitchen of The Discerning Chef, a cookbook publisher in Manhattan that’s attempting a pivot to video. Recipe developer Simone, who’s bi, and kitchen manager Ray, who’s just coming out as nonbinary, have an on-screen chemistry that makes them online famous, and it seems to work offline, too. “Alexander whips up a delectable couple with Ray and Simone,” according to our review. “They are each on their own journeys for self-awareness and self-confidence.”

What We Do in the Dark by Michelle Hart (Riverhead, May 3): In her first novel, Hart, a former books editor at O, The Oprah Magazine, introduces Mallory, a college student who has an affair with a female professor whose husband is spending the year elsewhere. “Not a #MeToo story; instead, something more delicate and strange and, at this point, more interesting,” according to our review.

God’s Children Are Little Broken Things by Arinze Ifeakandu (A Public Space, June 7): Ifeakandu, a Nigerian writer who lives in Florida, has written a debut book of short stories that our starred review called “nothing less than breathtaking and daring, each exploring queer relationships in all their nuanced and unpredictable configurations: secret romances, brief but passionate encounters, relationships that are tested by cultural pressures. At the centers of these carefully constructed stories are queer men whose identities and romances are constantly ruptured by political turmoil and by stratified social and cultural ideas of masculinity.”