8 Novels To Read This Summer 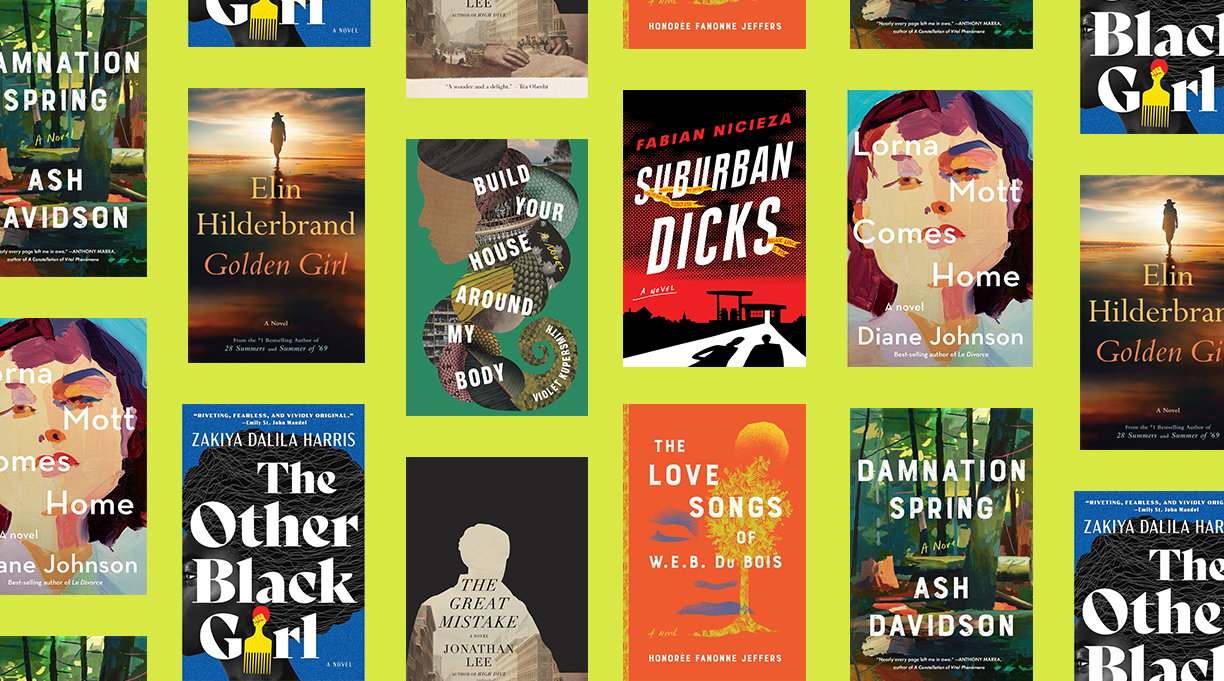 There’s always something special about summer reading. This year will feel a bit different than last; after spending the past 15 months close to home, the world is opening up, and reading might be the last thing on your mind. Still, getting absorbed in a book is one of the pleasures of the season, and there are plenty of great choices to throw in your bag wherever you’re heading.

The Other Black Girl by Zakiya Dalila Harris (Atria, June 1): This sharp satire goes behind the scenes at Wagner Books, where for the past two years Nella Rogers has been the only Black person in the room. Now, another Black woman has been hired, and Nella gets an anonymous note: “Leave Wagner now.” Our starred review calls it “dark, playful, and brimming with life.”

Golden Girl by Elin Hilderbrand (Little, Brown, June 1): When I interviewed Hilderbrand last year, she told me about her work in progress, and it sounded bonkers in the best possible way: The main character is a Nantucket novelist who’s been killed by a hit-and-run driver. A sympathetic guide to the afterlife lets her spend one last summer watching her loved ones and giving them a few “nudges.” As our starred review says, “If novelists are auditioning to play God, Hilderbrand gets the part.”

The Great Mistake by Jonathan Lee (Knopf, June 15): If you’ve never heard of Andrew Haswell Green, the driving force behind the construction of Central Park and other New York landmarks, you wouldn’t be the only one. Lee’s wonderful novel will make you want to find out more—and not just because it begins with Green’s murder. Our starred review calls it “a highly satisfying mix of mystery and character portrait.”

Suburban Dicks by Fabian Nicieza (Putnam, June 22): Former FBI agent who’s now a stay-at-home mom? Check. Newspaper reporter whose biggest stories are behind him? Check. This debut novel has all the elements of a standard suburban mystery, but it also features a flawless satirical voice and “a diverse cast of voices,” as our starred review says. “Delightfully irreverent and so very entertaining.”

Lorna Mott Comes Home by Diane Johnson (Knopf, June 29): After 20 years in France, our heroine has had enough of her husband’s peccadilloes and returns home to San Francisco to spend time with her adult children. Our starred review says, “Everything one looks forward to in Johnson’s books is delivered in abundance here: nimble plotting, witty narration, edifying juxtaposition of French and American cultures.”

Build Your House Around My Body by Violet Kupersmith (Random House, July 6): Winnie is the child of a White American father and a Vietnamese mother who moves from the U.S. to Saigon to teach English—then she disappears. As our starred review says, “Drawing from genres as diverse as horror, humor, and historical fiction, Kupersmith creates a rich and dazzling spectacle.”

The Love Songs of W.E.B. Du Bois by Honorée Fanonne Jeffers (Harper, July 27): Here’s the long, immersive novel you need, the story of Ailey Pearl Garfield, a historian who delves deep into the history of her own Black ancestors in Georgia. Our starred review says, “If this isn’t the Great American Novel, it’s a mighty attempt at achieving one.”

Damnation Spring by Ash Davidson (Scribner, Aug. 3): This atmospheric novel will transport you to the redwood forests of Northern California, where Rich Gundersen is trying to balance his work in the logging industry with his wife Colleen’s growing concern that chemicals used by Rich’s company are contributing to her miscarriages. Our starred review says, “As thoughtfully as Davidson establishes these dilemmas, she’s equally skilled at writing an outdoorsy adventure novel.”