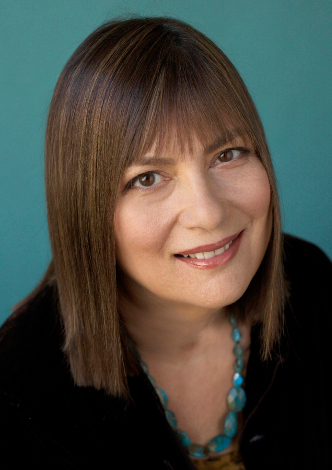 The amazingly prolific novelist, memoirist, screenwriter, and young adult author Alice Hoffman confesses to having lost count of the number of books she’s penned. But after finishing her latest work—her 35th, The Marriage of Opposites, she’s accounted for the emergence of an unshakable theme.

“The last three books that I’ve written are in a way about women who are unable to tell their stories,” says Hoffman. “Women telling stories is such an oral tradition and so often things don’t get written down and they get lost. They’re kind of whispers, like ghosts that stay with us because they’re told to us.”

One such ghost haunted Hoffman after a visit to a museum, inspiring the epically exquisite novel, The Marriage of Opposites. “I went to an art exhibit of [Camille] Pisarro and I found out all these things I hadn’t know about him: I didn’t know he was Jewish, I didn’t know he was from the West Indies, and I got interested in his life and started reading about him and then discovered the story about his mother.”

A mesmerizing portrait of 19th-century life on the idyllic island of St. Thomas, The Marriage of Opposites is based on the true story of Rachel Pizzarro, who lived among an enclave of Jewish refugees who fled to the West Indies during the European Inquisition. After being shunned from her community because of an illicit love affair, Rachel has a son, Jacobo Camille Pizzarro, who would become one of the world’s most renowned Impressionist painters.

The novel focuses on several marriages that forever change the course of history, but the relationship between mother and son lies at the heart of the love story. Jacobo grows up to be a highly imaginative young man, too easily distracted by romantic notions to endure the tedious work of the family business. Although Rachel was notorious throughout the community for disobeying traditions, she begins to disapprove of her son’s unconventional ways.

“She’s a rebel, she does what she pleases, but as she gets older she became more conservative and more worried, I think because she had children and she wanted them to be safe,” Hoffman explains. Despite a growing distance between them, the mother and son remain kindred spirits; they both passionately love the mythology of the island with its magical herbs, turtle girls, flamboyant trees, and fongee porridge, but they also dream of another homeland in the modern metropolis of Paris.

Although she roots The Marriage of Opposites in meticulous historical accuracy, Hoffman was more concerned with getting the story right emotionally by developing multi-dimensional characters. “I wanted it to feel really personal like you’re living through these times,” she says. Her characters are resurrected from the vaults of the past through colorful prose; their psychologies come alive in chapters told from different perspectives. For example, here is Jacobo, who begins to paint in a secret shack away from his mother’s watch: “The scent of the shack was of anise, wood, and mint. Every time I went home I felt as though I were leaving my true self behind, that I was leaving the real person crouched down near a wall flecked with color, whereas the boy who walked through his family’s home was nothing more than a ghost.”

And here is a like-minded Rachel as a young girl: “Heat was at the core of our lives, a shape-shifter that never was too far from the door. It made me want to step out of my clothes and dive into another life, one where there were linden trees and green lawns, where women wore black silk dresses and crinolines that rustled when they walked…”

Rachel begins to realize the great artist her son has become and grants him the freedom of leaving the island for Paris—a freedom that she never had. Even if Jacobo will never truly know his mother’s sacrifices for him, he can never shake her presence as she, too, eventually follows her dream of going to Paris. “I thought it was really interesting how people change, and how you can never really know your parent as they were as a younger person, and how different they may have been before they were a parent,” says Hoffman. “It’s really interesting how history kind of repeats itself within families even when you’re not conscious of it.”

Bridgette Bates is a writer and editor in Los Angeles. A recipient of a Fulbright and a Boston Review “Discovery” Prize, her first book, What Is Not Missing Is Light, won Rescue Press’ Black Box Poetry Prize.