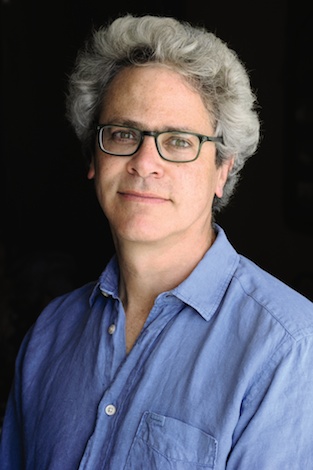 All memoirs are, to some extent, investigations. But Allen Kurzweil’s new book, Whipping Boy: The Forty-Year Search for My Twelve-Year-Old Bully, which recounts his hunt for the bully who tormented him as a child at a Swiss boarding school, goes further than most. It’s an examination of memory and trauma, like many personal histories, but it’s more reporterly—closer to Serial than A Child Called It.

When, in 1991, Kurzweil first started looking for news of Cesar Augustus—whom he knew as his bulky 12-year-old roommate with a fondness for doling out threats, belt lashings, and anti-Semitic abuses—he didn’t know what he’d expected to find, or what he intended on doing with what he found. He was simply curious about what had become of the boy whose memory had haunted him since the 1970s.

Cesar’s adult life, Kurzweil discovered, was marked by the same trickery and illicit behavior that had marked his childhood. In addition to getting busted for smuggling cocaine into Norway, he’d also been jailed for his involvement in a fraudulent financial scheme that was as audacious as it was absurd: its perpetrators, operating a bogus “trust” while deceiving unsuspecting loan-seekers with contrived regal and military airs, stole millions.

Seems like the stuff of fiction. But as he dug deeper into the details of the Badische Trust scam, Kurzweil, who has written two novels, A Case of Curiosities (1992) and The Grand Complication (2002), as well as several children’s books, knew telling Cesar’s story would require a work of nonfiction.

Cesar’s involvement in the fraud wasn’t merely a footnote in Kurzweil’s look into his bully’s past. Kurzweil, a self-described lifelong “obsessive,” pursued “every void” in the scam the same way he gathered Lincoln pennies and baseball cards as a kid.

After getting an assignment

from The New Yorker to write a story about the search for his bully, Kurzweil’s investigation took on even greater urgency. His intention, he said, was to maintain the “integrity and compelling narrative” of nonfiction books like In Cold Blood while representing the sort of transparent reporting depicted in the film Capote. He met with federal investigators,  examined thousands of court documents, and eventually met with Cesar on several occasions. All the while, he strove to “avoid cheap shots” in his account.

Since Kurzweil’s story published in the magazine in November, he’s heard from scores of people, many of them middle-aged, who were also victimized as children. Two of them, in fact, were also victims of Cesar. “I thought I was alone. I thought the humiliations were unique to me. I was wrong,” Kurzweil says.

In response to the story, Kurzweil’s former classmates have emerged on Aiglon College’s Facebook alumni page to debate the prevalence of bullying at the school. One voice, however, has been conspicuously absent: Cesar’s.

Kurzweil says he doesn’t know if Cesar has read the book, and doesn’t know how he’ll respond to it. But he’s eager to find out, as it seems Cesar, whom Kurzweil describes as a longtime “menace and a muse,” will, for better or worse, remain a part of his life.

“Our relationship has been and always will be a work in progress,” he says.

Jordan G. Teicher is a New York-based writer and critic. His work has been published by Slate, NPR and the Los Angeles Review of Books.