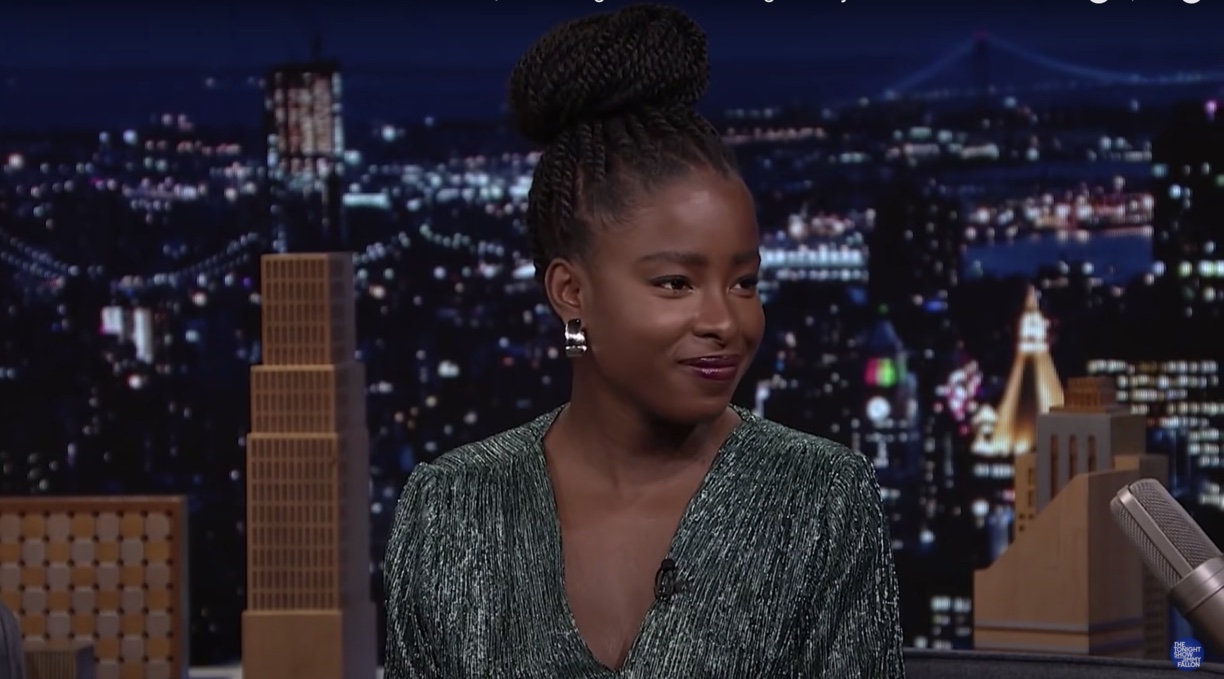 Gorman, who made history in January as America’s youngest-ever inaugural poet, made the appearance to promote Change Sings, her picture book that was published Tuesday by Viking. In a starred review, a critic for Kirkus called the book “irresistible” and a “hopeful celebration of the life-affirming power of change to ripple out into a better future.”

The book follows a young girl with a guitar who recruits other children to play music and make positive changes in the world.

“I love how it’s one person starting change, and then the band slowly grows,” Fallon said. “By the end, you have this beautiful band of kids all singing and making change together.”

“They’re like the Roots!” Gorman responded, referring to the Tonight Show house band. She then read a passage from the book: “Though some don’t understand it, those windmills of mysteries / I sing with all the planet in its hills of histories / I’m bright as the light each day brings / There is love where my change sings.”

Gorman also said she plans to run for president in 2036, the first election in which she’ll be old enough to do so. She gave a shout-out to her “incredible mom” for supporting her future run from an early age.

And her mom isn’t the only family member to lend her support to Gorman’s future campaign, she told Fallon.

“If I’m ever at a party with my twin sister, and people are taking photos, she’s like, ‘Unh-unh-unh-unh. My sister is running for president. Put your phone down,’” she said.