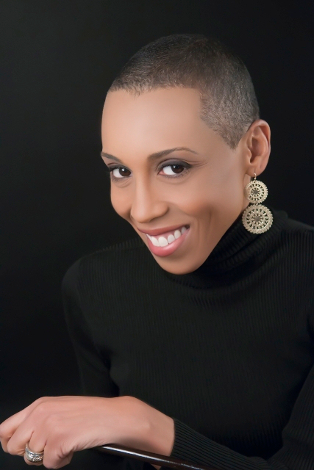 Long before “We Need Diverse Books” gained momentum as a movement towards inclusivity in children’s literature, writer and illustrator Ezra Jack Keats made history. Peter, the star of his groundbreaking picture book, The Snowy Day, was black.

Children’s book author Andrea Davis Pinkney reminds us what a big deal this was in 1962 when the book was first published. The Snowy Day won the Caldecott in 1963, the same year that Rev. Martin Luther King Jr. delivered his historic “I Have a Dream” speech. Just a few weeks later, four African American girls were killed in the 16th Street Baptist Church bombing in Birmingham, Ala. “There was great hope with MLK’s message and trepidation in America with this tragic event and in the middle of all this, here was this nugget of hope and joy and celebration,” says Pinkney whose picture book, A Poem for Peter, is an ode to The Snowy Day’s creator, Ezra Jack Keats.

Pinkney, who was born in ‘63, says she slept with the book like a pillow. “I didn’t realize of course at the time that Keats had transformed children’s literature but I did know that there I was on those pages, my brown skin celebrating along with Peter, his sense of wonder and discovery.”

For Pinkney, it was not just the inclusion of Peter that was transformative: The Snowy Day also gives us a peek into Peter’s home. “When any of us see our existence validated we feel alive. We feel that we matter and that our experiences matter,” she says, explaining why it’s important for children to see themselves reflected in stories written for them.

Keats has inspired countless children’s book authors and illustrators life herself, Pinkney says, and A Poem for Peter was born out of Pinkney’s desire to “create a celebration of a man and a book that really changed the face of children’s publishing forever.”

A Poem for Peter chronicles Keats’s journey from childhood as the son of Jewish immigrants from Poland, and whose talent for art was cautiously encouraged by his parents and further fueled by the Works Progress Administration (WPA) program which invested in art as part of the New Deal. All those experiences molded Keats immeasurably, as did his Jewish heritage which showed him what it was like to be excluded. “Growing up under the thumb of discrimination, being ridiculed, the anti-Semitism raging, all that definitely had an impact on what he became and delivered through his work,” Pinkney says.

Keats’ personal story of growing up in Brooklyn especially resonated with Pinkney, a longtime Brooklynite. “I know the streets, the graffiti, the potholes, the buildings, the stoops that Keats depicted so well,” she says, “The kids that I see coming and going are part of the multicultural tableau that is reflected in Keats’ books.”

Lou Fancher and Steve Johnson, the illustrators for A Poem for Peter, bring the story to life with collage, the same medium Keats worked with for The Snowy Day. “They did a brilliant job echoing and being inspired by Keats’s style,” Pinkney says. A Poem for Peter recreates images from The Snowy Day in a playful fashion.

The use of collage in The Snowy Day was an inspired choice because the multifaceted media subtly highlights the importance of diversity, Pinkney says. The fabrics for the snowflakes came from Japan, for example. “Keats was really echoing what Peter was doing, he was exploring , he was discovering and he did that with a sense of artistic playfulness.”

when you and your hue

all of us came out to play.

rejoicing in a we-all blanket of wheeee!

writes Pinkney in A Poem for Peter. “That we-all blanket is important,” Pinkney says. “We all want to feel comfort and happiness and

togetherness, we feel comforted by a warm hug. That’s what Peter’s presence does, he gives us a hug.

“When the going gets tough, when stuff is swirling around in our society you can always come back to that good friend. Peter is always there to say ‘let’s go out and play, let’s slide down a hill. Let’s make a snowball and let’s whack that stick against a tree.’ That’s one of the reasons Peter has stood the test of time. For children, he is a good friend.”

Poornima Apte is a Boston-area freelance writer and editor with a passion for books.