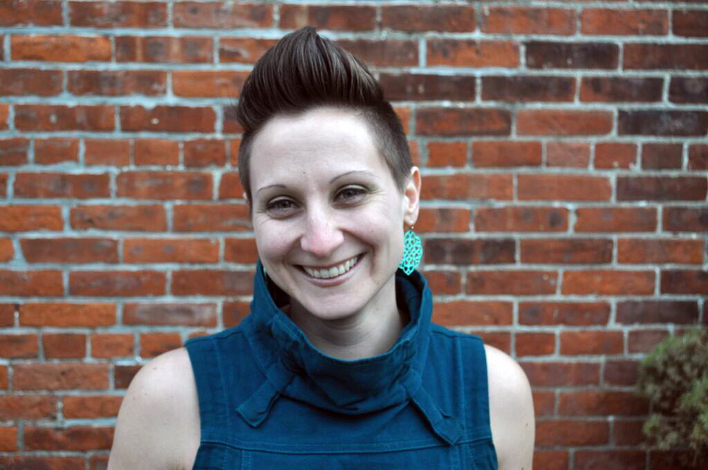 “What do we owe our father?” is the first question asked in Let Me Explain You. That it is posed by the father, Stavros Stavros Mavrakis, to his children, via the email address SteveStavrosStavrosMavrakisgreekboss1@yahoo.com, provides a perfect introduction to the robustly mustachioed patriarch anchoring Annie Liontas’ shining debut.

“Dear, Family. Daughters & Ex-Wife: Let me explain you something: I am sick in a way that no doctor would have much understanding. I am sick in a way of the soul that, yes, God will take me. No, I am not a suicide. I am Deeper than that, I am talking More than that,” Liontas writes.

Stavros, a Greek immigrant and owner of two successful New Jersey diners, Gala I and Gala II, proclaims he has just 10 days left to live. He addresses dying wishes to each of his three daughters in sections beginning thus:

“DEAR STAVROULA, MY OLDEST. Please grow out your hair,” he writes to the successful chef, who never married.

“DEAR LITZA, MY SECOND, please go to church,” he writes to the insurance underwriter whose marriage ended after a week.

“DEAR RUBY, MY LITTLE ONE that I have adoration. It is a good rule to follow that if the mustache is weak, so will be the man,” he writes to the hairstylist with the underwhelming boyfriend.

A few days later Stavros disappears, leaving his loved ones unsure about whether to plan his funeral or a welcome home party—or dismiss his rumblings entirely. For elder daughters Stavroula and Litza, in particular, his departure may mark the opportunity to ponder the question, What do we owe ourselves?

“For me, this is very strongly an immigrant narrative, and these first-generation daughters are having to create their own identity in the face of their father’s experience and overwhelming presence,” Liontas says. “Stavros was so loud that, when I began to work on the daughters, they weren’t able to carry enough weight to resist him—he needed to have a counterweight and they couldn't do it—which is, of course, ironic, because of the thrust of the story. I wrote their perspectives over and over again.”

She took three years to write Let Me Explain You, while earning an MFA from Syracuse University. (Her teachers were George Saunders, Dana Spiotta, Arthur Flowers and Christine Schutt.) Over time, Stavroula’s perspective proved to be subtler that Litza’s, who, like her father, could rage:

“This disappearance, like that email, was arrogantly trying to rewrite history—and thereby erase what brought her to today, what she fought through and succumbed to, and that meant leaving her with all responsibility for her life when in fact she had been given an inheritance. The things he had given her, he could not take away. Her very life was evidence of what he had caused. The fact that she was here, still kicking the world in the teeth, was all her own creation,” she

Liontas, who lives with her wife in Philadelphia, was born in the United States but spent her childhood living in Greece.

“There are huge gaps between my life and these [characters’] lives, but the thing that resonates and the thing that’s true for me is the immigrant experience,” she says. “I’ve had to learn a new culture, join a family, learn a new language. Even though I don’t have an accent, and I have to relearn Greek as an adult, the experience still stays with me. It may be the reason I’m a writer—I had to put that out on the page.”

For all their differences, this heritage that unites Stavroula and Litza—as observed by Marina, the knowing immigrant who, through her old-world cooking, transformed their father’s business from a sad little salt shack luncheonette to the two best diners in New Jersey (according to Stavros).

“Marina understands that Stavroula and Litza—and you, too, Stavro, and you, too, Dina, and you, too, Marina, and you, too—belong to a race of people who must carry everything they own in their mouths. All their luggage, they squeeze into their mouth. You can only fit so much of the old place, Marina, or so many words, or so many exaggerations, or so many stories, or so many people, or so much soup before you must spit and take a breath; and then a very different world fills you up. It is not unwelcome, it is just reinvention. This is immigration, even so many years later,” Liontas writes.

Disappointment, survival, resilience, and triumph: it’s a heady brew, as strong as the coffee served in a Greek kafenio or the Galas I and II. And a generous helping of humor strikes the perfect bittersweet balance.

“I feel like it’s a hard thing to write humor, but one of the lessons I’ve learned as a writer is it’s our job to write joy as well as pain,” she says. “I love humor in my regular life, and I’m pretty sarcastic—a lot of writers are—and why can’t that travel to the writing? We don’t have to be all agony all the time. And it does respect the reader, it suggests to the reader that they can handle the full range of human emotions and still take what’s on the page very seriously.”