The inspiration for 'Cabaret' is 80 years old 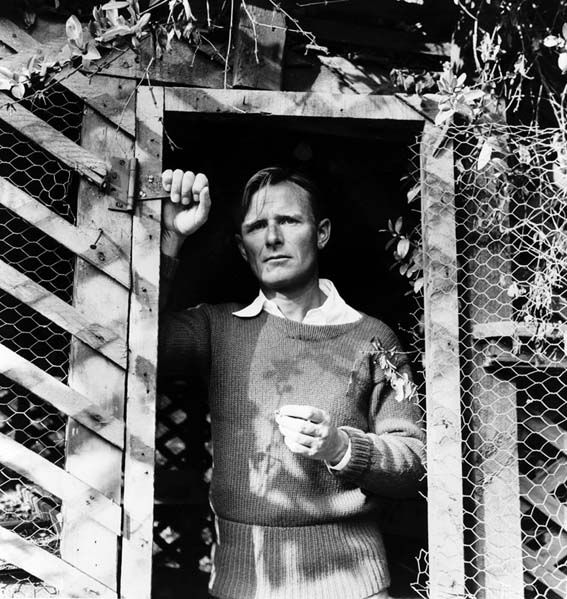 In the early 1930s, a time fast fading into history, strange things were afoot in Germany. Trading on ancient symbolism, timeworn prejudices, modern pseudoscience, and long-nursed grievances, a powerful right-wing coalition was rising, led by a charismatic war veteran who promised to restore it to greatness and whose name would soon be known around the world.

In those early days, he banked on being unheard outside his own country. There were eyewitnesses on hand, to be sure, to report his fantastic politics: the newspaperman William Shirer, for one, and the young British traveler and soon-to-be war hero Patrick Leigh Fermor for another.

And then there was Christopher Isherwood. As the Nazi regime was taking form, he found himself in Berlin, an island surrounded by pro-Nazi states but that itself had no use for the swastika. Berliners were tolerant even to a fault, sympathetic to bohemians, welcoming of artists, and not in the least inclined to persecute gay men and women—who, in Isherwood’s own time and own England, were liable to serve time in prison on account of their affinities.

Isherwood landed in Berlin in 1929. He fell in love. He taught English. His young friend Wystan, soon to become famous as the poet W.H. Auden, left Berlin, looking for new adventures, but something in the swirl kept Isherwood there, even as the grip of the Nazis visibly tightened and life—gay, bohemian, and otherwise—became ever more difficult for anyone who did not embrace the rising new ideology.

He had published a novel back at home. It had not been well-received, but in the four years he was in Berlin, he gathered material enough for a dozen new ones. Instead, he wrote two thin books of short stories, the first published 80 years ago, in 1935. They contained sharp, sometimes ill-tempered portraits of the time and place and the people he met: “Meanwhile, my pupil, a very nice young man who hoped soon to become a schoolmaster, was eagerly adjuring me not to believe the stories, ‘invented by Jewish emigrants,’ about the political persecution.” “I was shown into a big gloo

my half-furnished room by a fat untidy landlady with a pouchy sagging jowl like a toad.” “His brand new brown suit was vulgar beyond words; so were his lilac spats and his pointed yellow shoes.”

Most of his stories, in which a thinly disguised Isherwood is always front and center, were politically charged. One of the few that was not, ironically, became the best known of the lot, a story about a young woman, Sally Bowles, who hoped to achieve success as a singer but meanwhile was content to be kept by a succession of lovers. That story formed the heart of the play called I Am a Camera, which would become the stage hit and then the movie called Cabaret.

That play is what most of us know and remember of Isherwood today, but he went on to write many other stories and books besides. The best of them, collectively known as the Berlin Stories, hold up as if little had changed between now and then. Perhaps little has: Berlin is still an island of tolerance in a storm-tossed sea, and no other writer in English has captured it so well.