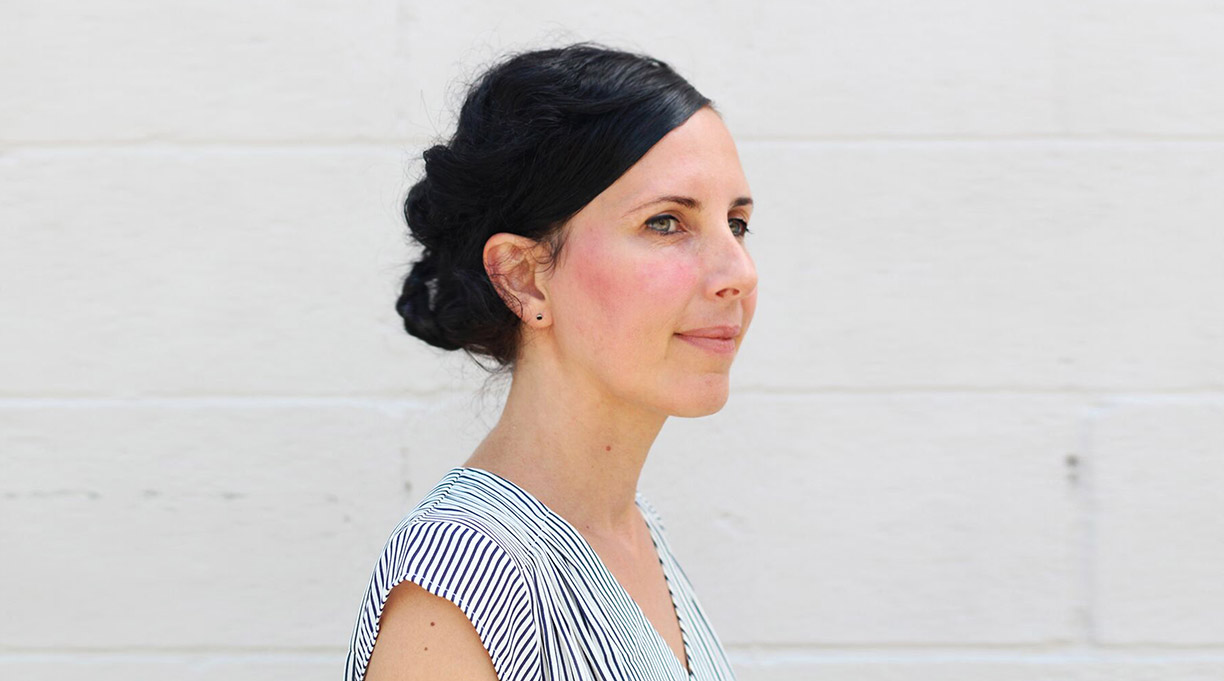 Julie Flett is an award-winning Cree-Métis artist, illustrator, and author. Her book Wild Berries was a First Nation Communities Read selection in Canada and a Kirkus Best Book of 2013. Her new book, Birdsong (Greystone Kids, Sept. 24), tells the story of a young girl in a new home who discovers that her elderly neighbor is a fellow artist.

What are your artistic influences?

I was raised surrounded by artists and makers of all ages. My mom was a textile artist who had a weaving shop and later a shop with a focus on vintage clothing. I developed a love for patterns, dyes, and materials.

I often think about the artist Ruth Asawa and what she said about art-making: “Art is doing; art deals directly with life.”

Was there music you had in mind as you worked on Birdsong?

I imagined Agnes and Katherena looking up from separate projects to hear the sound of a wood thrush or chickadee and thinking of one another. My son once called me from Gabriola Island [in British Columbia] where he was visiting a friend one summer—he wanted me to hear the sounds of the frogs on the island. That’s the sort of connection I saw between Agnes and Katherena.

Birdsong started out as a wordless picture book. I’d been working on it for about four to five months, and one day the words just started to come together. I sat down and wrote it all out, almost like song lyrics. I’d been holding the story for so long, in pictures, that I knew it well and it was very fluid, had a rhythm to it.

What is your illustration process?

I usually start on paper. For the last few books I’ve worked with pastel on paper, then the work is scanned and composited digitally. I’ve just started to get to know how to work with brushes in Photoshop; that’s been a lifesaver—and it’s playful. I studied film early on at art school and have always wanted to go back to film. I think that this is how I see book making, as short films/animation. I would love to do more!

Are the Cree words in Birdsong ones you knew you wanted to share?

The Cree words that I used in the book came organically to the story, where it was natural to the conversations between Katherena and Agnes. Starting with the images as opposed to starting with text helped me to focus on the fluidity of their friendship.

The intergenerational friendship between artists is particularly sweet.

Katherena is an homage to the author Katherena Vermette, who I’d just worked with on our book The Girl and the Wolf. Agnes is an homage to filmmaker Agnès Varda, whose work I admire and return to often. A quote of hers particularly speaks to me: “If we opened people up, we’d find landscapes.”

I used to take long walks and stop at one house with an ungroomed but beautiful yard and big trees. In the spring, the yard was covered in snowdrops. On one occasion, a woman came out to the front balcony. I looked up and said, “I love the snowdrops,” and she said, “I know.” She’d seen me over the last few weeks. We slowly got to know each other, and I learned that she was a ceramics artist. About a year before we moved away from that neighborhood, she dropped a little baggie of snowdrops on my doorstep—no note, just the snowdrops. I kept them for a while in my studio before planting them.

I wanted to do a story about the connections we have with the people in our communities. I found myself thinking of the snowdrops after I lost someone close to me. Everything came together, along with some of my own childhood experiences.

Kathie Meizner manages a public library in Maryland and reviews children’s books for Kirkus Reviews and the Washington Post.