Being a Kid: It’s Not Always So Easy 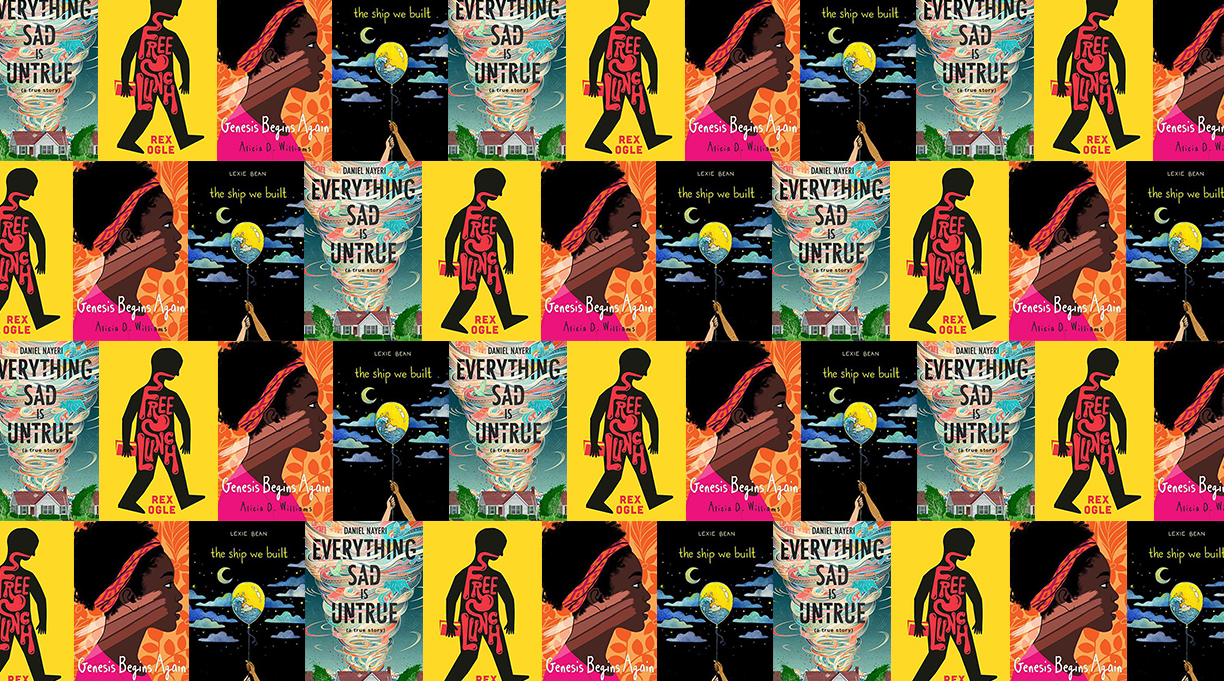 In a recent column, my colleague Laura Simeon decried an attitude often expressed in discussions about books for young readers: that kid characters should be allowed “just to be kids.” She wrote, “When people complain about ‘too many issues [in a book],’ it’s often a coded way of referring to the life experiences of people from marginalized groups [that cause readers to be] suddenly jolted out of the comfortable misapprehension that their own lives and concerns are universal.”

Without disagreeing with Laura one whit, I’d like to further explore the notion of sheltering child readers from discomfort. When I was a public librarian, I frequently worked with parents who objected to sharing books on tough topics with their children. “They can learn about [substance abuse, sexual violence, etc.] later—right now I want them to read books about kids just being kids.” I frequently found myself grinding my teeth, but I understood: The experiences of the child characters in the books they objected to were experiences children should not be forced to endure; therefore, they didn’t want their children reading about them.

And yet children do suffer the cruelest of circumstances, conditions and calamities no adult would wish visited upon a child. Children are separated from their parents at the southern border and held in cages. Children live with abusive caregivers. Children endure poverty, hunger, homelessness, war.

The landmark CDC-Kaiser Permanente Adverse Childhood Experiences Study found that as children, one-fifth of study participants experienced sexual abuse, over one-fourth lived with a person who abused drugs or alcohol, and almost one-tenth knew some form of physical neglect. Extrapolating from this suggests that in an average classroom of 20 children, four have been or are being sexually abused, five live with a family member who abuses drugs or alcohol, and two are uncertain of their physical safety. Only a bit over one-third of those studied reported none of the adverse childhood experiences surveyed for, so extrapolating again, just seven of the students in this hypothetical class are unaffected. This calls into question just how normative the experience of “just being a kid” is.

And I believe that if children experience it, then it’s important to record those experiences in children’s books. Many of my favorite books of recent years take on hard topics.

In Lexie Bean’s The Ship We Built (Dial, May 26), Rowan, a White trans boy, dreads school vacations, when he is trapped at home with his sexually abusive father. In Daniel Nayeri’s autobiographical Everything Sad Is Untrue (Levine Querido, Aug. 25) the Iranian American author’s child alter ego, Khosrou, spends years in a refugee camp before arriving in Oklahoma, where his mother’s second husband regularly beats her. The Black heroine of Alicia D. Williams’ Genesis Begins Again (Caitlyn Dlouhy/Atheneum, 2019) lives with an alcoholic father whose gambling habit finds the family evicted again and again. In his memoir, Free Lunch (Norton Young Readers, 2019), Rex Ogle records growing up poor, a condition that fueled violence from both his Mexican mom and his racist White stepdad.

These characters could well be in that hypothetical classroom, and kids like them are in real classrooms all over the United States. I’m sure many of the parents I used to work with would hand these books back to me with a shake of the head and a “Not yet.” But books on tough topics may help readers who have gone through or are enduring similar trauma process their feelings and understand that they are not alone. And, critically, they may help that minority of the children unaffected by adverse childhood experiences to better understand their friends.