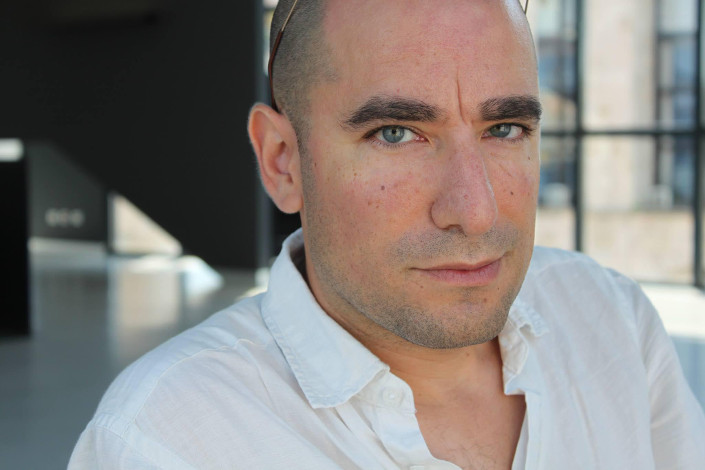 Benjamin Balint’s investigation of and reporting on the fate of Kafka’s manuscripts, in Kafka’s Last Trial, is a legal thriller and whodunit, with elements of irony and absurdity befitting the best of Kafka’s fiction. The book contains a remarkably concise exegesis of Kafka’s life and work, and opens the door to what, for many, has been a literary footnote to Kafka’s story: the life and work of Max Brod.

Kafka’s Last Trial presents a series of ironies and legal conundrums. The first: Brod ignores Kafka’s wishes and saves all of Kafka’s materials. When Brod dies, he leaves his materials, including the Kafka manuscripts, to Esther Hoffe, his assistant and lover over the final decades of Brod’s life. Esther, in turn, leaves everything to her two daughters. When Eva Hoffe approaches the German archives in Marbach about purchasing the Kafka materials, suddenly the Israeli government and National Library take a proprietary interest.

Until researching this book, Balint’s knowledge of Brod had been limited to Brod’s betrayal of Kafka’s last wish: that Broad burn Kafka’s manuscripts when Kafka died. Much of Kafka’s literary acclaim, in fact, resides in Brod’s refusal to do so: the novels and many of the stories were published posthumously (though Kafka’s reputation would be secured merely from the artistry of “A Hunger Artist” and The Metamorphosis). During Kafka’s lifetime, Brod was the more esteemed writer. But Balint uncovered another story about Brod: his postwar life in Tel Aviv. “Brod’s life was ruptured by war,” Balint explains, “but the Kafka manuscripts acted as the connective tissue for the two halves of his life—an umbilical cord to his flourishing prewar Prague circle in a period when this new culture in Tel Aviv was ambivalent about what Brod was doing and the language he was doing it in.”

According to Balint, Brod may well be the greatest posthumous editor in history. “There is no Kafka without Brod,” Balint insists. “We read Kafka through Brod”—a point established in Balint’s book (as Balint suggests, with a nod to Zadie Smith, “we read Kafka Brodly”). Since Brod’s 1937 biography of Kafka was the first, “Brod takes the first shot at interpreting Kafka,” Balint notes.

Brod’s biography of Kafka received mixed reviews. Many critics suggest that Brod projected too much onto Kafka’s work and life. As Balint explains, “Those closest to writers are not always the best interpreters. Brod’s interpretations are infused by a great deal of love and affection, so I don’t discount them. But his affection can carry him too far: those who critique Brod’s assertion of Kafka as a saint are justified.”

As Balint explains, other layers underlie the legal. “As I investigated this case, I sensed a second register: a politically and ideologically charged layer below the legal surface. The Holocaust,” Balint states, “loomed over the trial: Kafka’s three sisters and Brod’s brother were killed in the Holocaust.”

Balint’s exploration of the trial’s significance leads to an examination of the development of a national literature. “How does a nation gain its cultural coherence from its literature?” Balint asks. “And what happens when the nation’s literature is in many languages (Hebrew, German, and the like)? Finally, does an archive’s location shape how we read a writer? For example, would Kafka be read as a Jewish writer merely because his work is archived in Jerusalem? That argument, presented by some advocates of archiving the work in Germany, seems condescending.”

The genesis of Balint’s book arose over time. In 2010, he participated in a German-Israeli writers exchange, and the conversation about the legal disposition of the Kafka estate was prominent. From 2011-2014, Balint taught a Great Books humanities class, with Palestinian students, at the Bard College Jerusalem campus, a course that began with texts such as The Epic of Gilgamesh and ended, by Balint’s design, with Kafka’s fiction. Balint explains that a student was writing a paper about Kafka’s Trial that “blew me away. She connected Joseph K’s ordeals in the novel to her own family’s struggle in Israeli courts to maintain ownership of property that the state was attempting to take away from the family. She used Kafka’s character,” Balint continues, “to tell her own story.”

Given the time Balint has spent investigating the matter, naturally, he has formed some opinions. “First, it’s ironic to talk about the issue of where a writer belongs when we talk about a writer like Kafka who refused to belong. In addition, there was no original owner to whom to return the manuscripts. I would have liked,” Balint suggests, “that the National Library in Israel distinguish between the Kafka and the Brod material. Finally, Eva Hoffe never received compensation or editorial discretion over redacting private material from Brod’s journals—material that touches on private matters related to Eva’s mother.”

Kafka’s Last Trial appears in September, at the beginning of Yom Kippur, Judgment Day. That irony is not lost on Balint. To his great regret Eva Hoffe, with whom Balint grew close, died in early August before he could give her a copy of the book he had promised her: “I sympathize with Eva as a solitary figure standing up to these state powers. Each side—Marbach, the National Library, and Eva herself—had legitimate grounds for their position.”

Eva, then, may be Kafka’s greatest creation—one who became a character in a narrative from beyond the grave. As Balint says, “There was something uncanny about the way this modern trial was conducted, as though in the afterlife of Kafka’s power.”

J. W. Bonner teaches writing and Humanities at Asheville School in Asheville, N.C., and he writes frequently for Kirkus. His appreciation for the writer Allan Gurganus recently appeared in the North Carolina Literary Review.